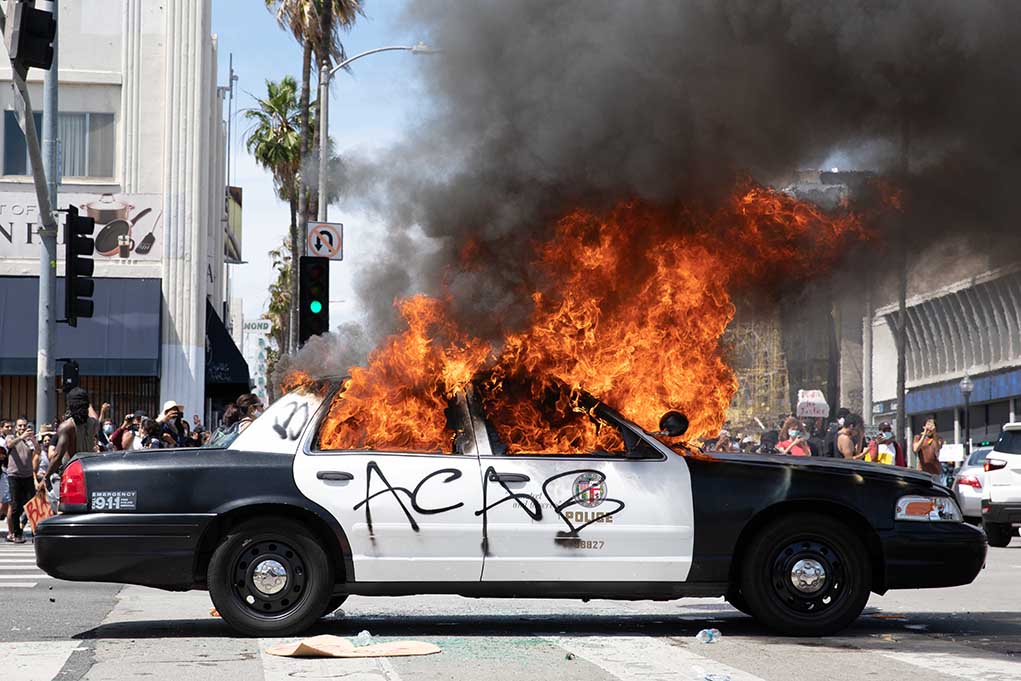 (ConservativeStar.com) – George Floyd may have died in Minneapolis, Minnesota but his death sparked violence and mayhem across the entire country. Portland, Oregon has been and still is a hotspot. Now, Portland Police Association Executive Director Daryl Turner, has blasted the Progressive city government officials for contributing to the problem rather than solving it.

Months of rioting, a police precinct set on fire, and the establishment of the so-called Red House on Mississippi “autonomous zone” left the police force stretched beyond its limits, so then-President Donald Trump sent federal law enforcement in to assist. However, the leftist politicians hindered their efforts by stripping away many of the tools needed for riot control.

Mayor Ted Wheeler managed to win his reelection bid by appeasing groups like Antifa and Black Lives Matter (BLM) at the expense of the members of the city’s law enforcement. One of Turner’s targets is City Commissioner Jo Ann Hardesty, an advocate for the defund the police movement, claiming that her self-serving agenda endorses violence.

Hardesty equated the mass resignation of 50 officers from their voluntary positions on the riot squad to the “protests” (read massive violence) during the summer of 2020. In his response, Turner noted that at the “peaceful rallies,” team members were subject to having “Molotov cocktails, fireworks, explosives” and bodily waste hurled at them.

It appears the officers aren’t interested in putting themselves in harm’s way only to be criminally charged as one of their brethren was when the optics make bad press for the officials. The ironic part is the “leaders” somehow seem to think it’s the police who are the ingrates.