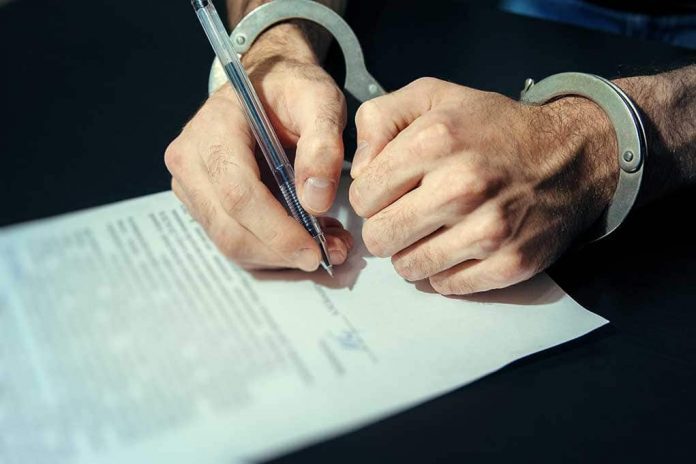 (ConservativeStar.com) – Former Minneapolis, Minnesota police officer Derek Chauvin was convicted of three different counts of manslaughter and murder in the death of George Floyd while in his custody — the event that saw the United States embroiled in racial violence over the summer of 2020. He was sentenced to 22.5 years by the judge in the state court. But, he’s still under indictment in federal court for violating Floyd’s civil rights which could carry a life sentence unless some sort of deal is worked out in advance of a jury conviction. And it looks like that deal might be in the works.

Initial speculation was sparked by a strange comment Chauvin made while addressing the victim’s family saying “due to legal matters, I am not able to give a full formal statement” before expressing his condolences. The Minneapolis CBS affiliate WCCO broke a story on June 28, 2021 — the Monday after sentencing — quoting sources that claim a deal is close at hand.

Although there’s been no official confirmation, the sources claim the disgraced officer would receive a sentence of 20-25 years in prison that would be served concurrently (at the same time) as the sentence that’s already been imposed. In return, he would provide a confession to his actions which most likely would include something the family desires, that being, what was going through his mind the entire time he was kneeling on their loved one’s neck.

The deal would allow some measure of closure for the family and would allow Chauvin to avoid dying in a prison as an old man. If the judge overseeing the case agrees that it’s fair they would be bound by the sentencing parameters agreed to by the prosecutor.

The real question is, will this appease the far left or even BLM? If not, it could possibly lead to another restless summer of riots and violence.