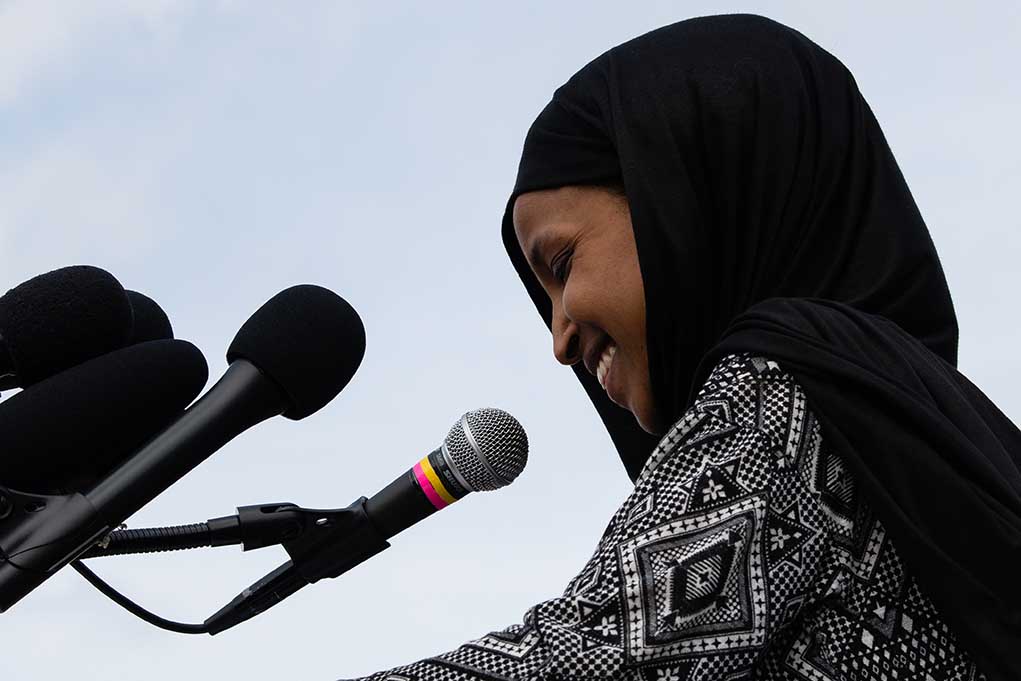 (ConservativeStar.com) – Representative Ilhan Omar (D-MN) and the rest of her “Squad” are under fire from House Republicans for their continued anti-Semitic, anti-Israel, and anti-American vitriol. Several representatives from the right side of the aisle have introduced a resolution of censure, an official notice that the body as a whole believes the remark to be inappropriate. It’s necessary since Speaker of the House Nancy Pelosi (D-CA) and other Democrat leaders chose not to rebuke her.

So, I want to get this right @SpeakerPelosi, does Democrat leadership agree with Rep. Omar that US, Israel, Hamas and the Taliban are moral equivalents?
https://t.co/67qywnXc1v

During a June 7 meeting of the House Foreign Affairs Committee, Omar brought up alleged “war crimes” committed by American military members. When she did not receive, in her opinion, an appropriate answer, she took her case to the Twitterverse. She went on lumping the United States, Israel, Afghanistan, and the Taliban into one group from which she claims “we have seen unthinkable atrocities committed.”

The irony is, she’s no stranger to advocating for pro-terrorist people and causes. She put this hypocrisy on display when she pleaded for a judge’s “compassion” for nine men convicted of trying to join ISIS when she was a Minnesota state representative in 2016. A June 11, 2018, Breitbart article highlighted more controversies, with her characterizing Israel as “evil” and an “apartheid” state.

Her Squadmates were not left out of the resolution presented to the House, which stated Representatives Alexandria Ocasio-Cortez (D-NY), Ayanna Presley (D-MA), Rashida Tlaib accused Israel of “human rights violations.”

This group has been continually portraying known terrorist groups as victims since before they came to office in 2018. Nancy Pelosi may not be taking any action, and nothing may come from the GOP resolution, but at least now Republicans are calling them out on it.