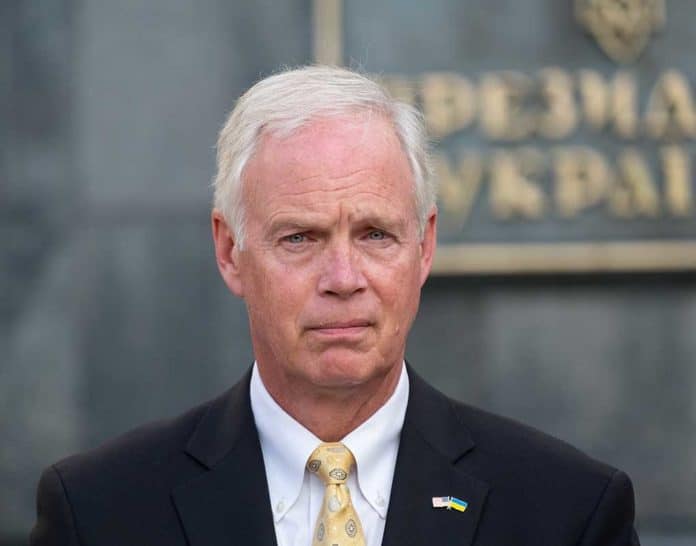 (ConservativeStar.com) – According to a Rasmussen Reports survey from early October 2021, 56% of those polled felt that “it’s likely that cheating affected the outcome of the 2020 presidential election,” with 41% saying it was “very likely.” With this distrust in the election system as a backdrop, Senator Ron Johnson (R-WI) has proposed a controversial plan to change who would control future federal elections in his home state.

Currently, the Wisconsin Elections Commission (WEC) oversees the process, but Senator Johnson and some other Republicans believe in transferring the responsibility over to the state legislature — where their party currently holds the majority. This push comes after a published report by the nonpartisan Legislative Audit Bureau revealed no widespread voter fraud, but did find that the Commission violated state laws.

The review found, for example, that the WEC staff issued “statutorily noncompliant written guidance” advising local election officials they could adjourn before the ballot counting was complete. State law requires “special voting deputies” supervise voters and residential care facilities and retirement homes. However, written recommendations by that same staff told local clerks not to do so because many of those facilities had no visitor policies due to the pandemic.

Rebecca Kleefisch, lieutenant governor from 2011-2019 and currently seeking her party’s nominee for governor in the 2022 election, has taking aim at the WEC as well. She filed a lawsuit with the Wisconsin Supreme Court asking them to demand answers to questions addressed in the report to protect the process next year.

It should come as no surprise that the Democrats and liberal media are not reacting well to this development. An article in the New York Times has painted this as some kind of GOP scheme to gain control over the electoral process in the state. They seem to overlook the fact that today’s Republican-controlled legislature can easily switch over to Democrats after the next election.

The political Left isn’t the only one raising doubts. Some Republicans like Robin Vos, the State Assembly Speaker, and State Senate Majority Leader Devin LeMahieu are also dubious but not quite as angry. The majority leader wonders how the legislature could take over the workload of the commission, while the speaker expressed uncertainties that they have the authority to bypass the governor, a Democrat.

The 2020 election was extremely contentious, and if the numbers from the Rasmussen survey are any indication, then it appears that the battle is far from over. It’s likely Red states will get some laws passed in regard to election reform, and it’s equally as likely the Democrats will take them to court.