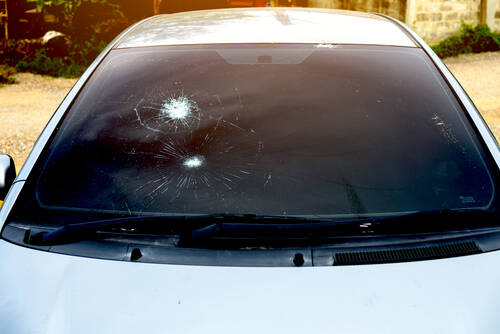 In Detroit’s west side, a fender bender led to a shootout between two drivers Tuesday afternoon.

Police were called to Schaefer and the Lodge Service Drive around 3 p.m.

Detroit Police Cmdr. Arnold Williams shared in a statement, “the information that we had initially was that it was an accident but somewhere along the lines that accident developed into a road rage incident.”

Police report that a driver rear-ended a vehicle, prompting the other driver to exit his vehicle in a rage with a gun in hand.

According to police, the driver who hit him had a concealed pistol license and was also armed. He pulled out his own gun and shot the driver that was approaching him.

“He felt threatened when he saw this individual approaching him with his weapon out. He then started to fire to protect himself and also his daughter who was with him at the time,” Williams said.

As a result, the other man retreated to his car and starting firing from his car. The first man that got out of the car with his gun was shot during the exchange of gunfire.

The injured man is now being hospitalized for his gunshot wound, but his injuries are not considered life-threatening. The authorities are now questioning the man who initiated the shootout and opened fire on the driver that hit his vehicle.

Because road rage is such a common occurrence, Detroit Police Cmdr. Arnold Williams suggested that drivers wait for the police to arrive. Authorities can assist in resolving any discrepancies between drivers involved in a fender bender. That way, violent shootouts such as this don’t break out between civilians on the road.