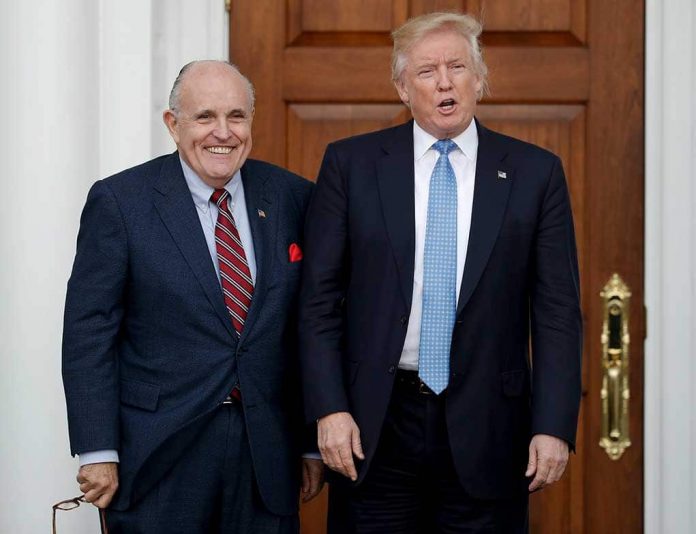 (ConservativeStar.com) – The US House of Representatives, currently under the control of the Democrats, passed another article of impeachment against President Donald Trump following the incident at Capitol Hill on January 6. Dems claimed his speech on that day was an “incitement to insurrection” because he mentioned his supporters should “fight like hell” against election fraud.

President Trump’s personal attorney, former New York City Mayor Rudy Giuliani also spoke at the event, an action which would disqualify him from representing the president should the Senate decide to hold a trial. American Bar Association rules prevent a lawyer from acting as both an advocate and a witness in the same action except in very limited cases. And in any case, the president hasn’t decided who might be on his hypothetical defense team.

President Trump has not yet made a determination as to which lawyer or law firm will represent him for the disgraceful attack on our Constitution and democracy, known as the “impeachment hoax.” We will keep you informed.

Speaker of the House Nancy Pelosi (D-CA) has not yet sent the articles to the Senate which means it’s very unlikely the trial will be initiated before inauguration day. That fact, alone, may be enough to derail this whole train of nonsense.