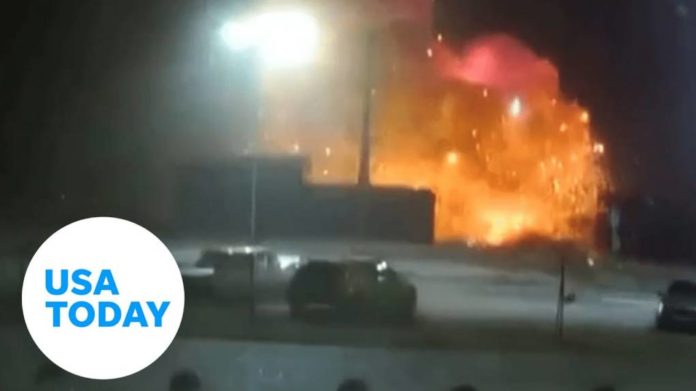 Russian airstrikes hit a shopping mall in Kremenchuk on Monday and caused mass destruction. Rescue workers are digging through the rubble to find potential survivors.

The airstrike hit the busy shopping center on on Monday, setting the building ablaze and prompting concerns of mass casualties. At least 11 people died and 58 were injured, according to Ukraine’s State Emergency Services.

The G7 leaders met in Germany to coordinate the Western response to Russia’s invasion of Ukraine. They vowed to continue providing support for Ukraine “for as long as it takes” and said they would not “bet on Russia winning the war.”

Despite the outward confidence of Western leaders, Russia has seen military successes in eastern Ukraine in recent days, capturing the city of Severodonetsk and picking up territory south of Lysychansk.

First responders put out a fire at a shopping mall in Poltava region as Russia mounted an all-out assault on the last Ukrainian stronghold in the eastern Luhansk region.

Zelensky told leaders he wanted the war to be over by the end of the year, before winter sets in, US national security adviser Jake Sullivan said.

For more information on this story, consider the following news sources listed below to receive additional details.