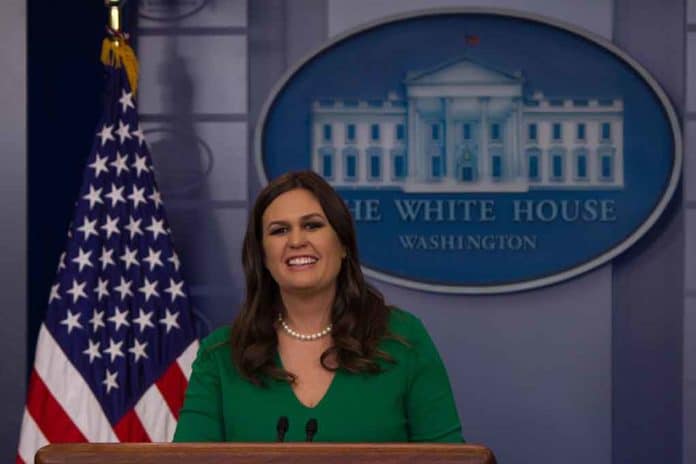 (ConservativeStar.com) – A press secretary for former President Donald Trump is making a foray into public office herself, in a state where her maiden name is well known. Sarah Huckabee Sanders is seeking the Republican nomination for Governor of Arkansas, an office her father Mike Huckabee held from 1996 through 2007. Her path to that goal has recently opened considerably as state Attorney General Leslie Rutledge dropped her bid for the position.

Rutledge reportedly decided to focus on the lieutenant governor’s nomination on the GOP ticket for the November 2022 general election. Like many political battles, the race between the two women was sometimes contentious. In her statement announcing her withdrawal, Rutledge said, “now is the time for Christian conservative leaders to unite” and fight against the left “who wish to destroy the America we know and love,” according to her statement.

The move likely came because she saw the proverbial writing on the wall. In October, Sanders had a 57 point advantage, with voters favoring her 73% to 16% according to a Remington Research Group poll. Beyond her overwhelming support among voters, Sanders’ campaign has reportedly raked in $11 million through September 2021. Former President Donald Trump has also endorsed her.

While her nomination isn’t a shoo-in just yet, Sanders is one step closer to making her dream of leading Arkansas a reality.