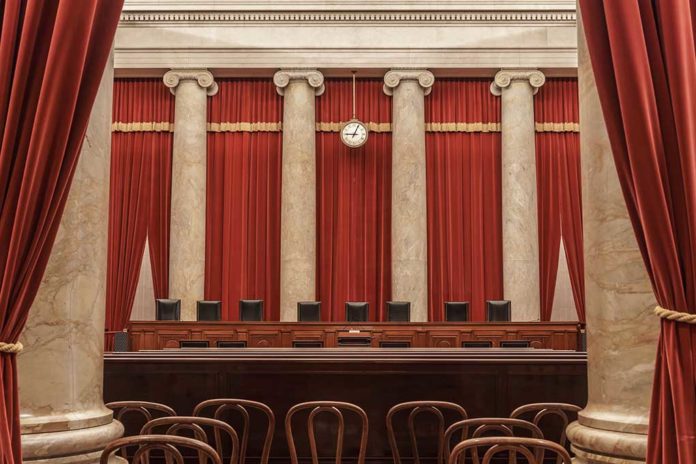 (ConservativeStar.com) – To mask, or not to mask? To vax, or not to vax? These are the questions (with all due apologies to Mr. Shakespeare). These questions have made their way to the Supreme Court of the United States (SCOTUS) by way of the recent ruling knocking down President Joe Biden’s private-employer vaccination mandate. Reports indicate two justices were also clashing because Justice Neil Gorsuch has made the choice to forgo any face coverings while discharging his duties. However, those reports are now being disputed by the justices themselves.

Justice Sonia Sotomayor is a diabetic, which increases her risk of severe symptoms should she contract COVID-19. She’s also expressed her discomfort being around people who aren’t masked up. Chief Justice John Roberts then asked the other members of the court to wear them during oral arguments and conferences.

NPR released a report claiming that when the court came to session on January 7, Justice Sotomayor was phoning it in from her office, and of the eight justices there in person, the only one not wearing a mask was Mr. Gorsuch. Sotomayor allegedly phoned in because Gorsuch has not been wearing a mask – he sits next to the Liberal justice. However, it’s important to note that Justices Clarence Thomas and Samuel Alito spent extended time maskless. Justices Roberts, Amy Coney Barrett and Brett Kavanaugh removed them while speaking or drinking.

Liberal pundits across the country lost their minds over the matter. Articles in the New York Times, the Washington Post, and Slate have all painted this as an evil that’s arisen because of Gorsuch’s Conservative/Libertarian politics to one degree or another.

But there was a problem with the reporting — it was wrong.

On Wednesday, Janary 19, Gorsuch and Sotomayor issued a joint statement disputing the report. They said the NPR report is “false” and although they “may sometimes disagree about the law, we are warm colleagues and friends.”

Justice Sotomayor found herself in another pandemic controversy during the recent hearings on vaccine mandates when she (now) infamously grossly overstated information about pediatric cases of the virus. She said, “we have over 100,000 children, which we’ve never had before, in serious condition, many on ventilators.”

Her statement was so egregious, even the Liberal PolitiFact said the statistics she quoted were just flatly false in a fact check. The truth is when she made that claim, there were fewer than 5,000 kids hospitalized with it, and less than 83,000 have been in the hospital, total, since August 2020.

If the justices of the Supreme Court can’t get the facts right and coexist without division over something like face masks, how are regular citizens supposed to?