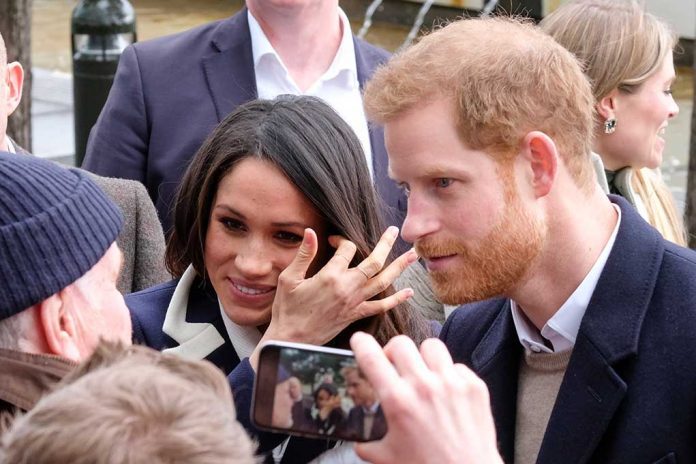 (ConservativeStar.com) – Prince Harry, Duke of Sussex, is facing harsh criticism after his comment about the First Amendment to the United States Constitution. While appearing on Dax Shepard’s podcast, he called it “bonkers.” Fox News host Sean Hannity spent some time discussing it and giving the British Royal a bit of friendly advice.

On May 17, Hannity pointed out what appears to be the hypocrisy from the prince, because it was that very protection in America that allowed him to be interviewed by Oprah Winfrey and call his family racists. Besides, “Prince Woke Social Justice” only moved to the United States about a year ago and knew next to nothing about our democracy. What gives him the right to speak out against it?

The Fox host also said another freedom Harry has is to take his wife Meghan Markel back to the UK and “make amends at the Palace with the people that you and your wife hurt deeply.”

The Duke is the descendent of King George III, who is both his 6x and 5x great-grandfather who was on the throne when America broke the yoke of their rule. So, perhaps his ignorance should be forgiven in light of his family’s history on the topic of freedom of speech.