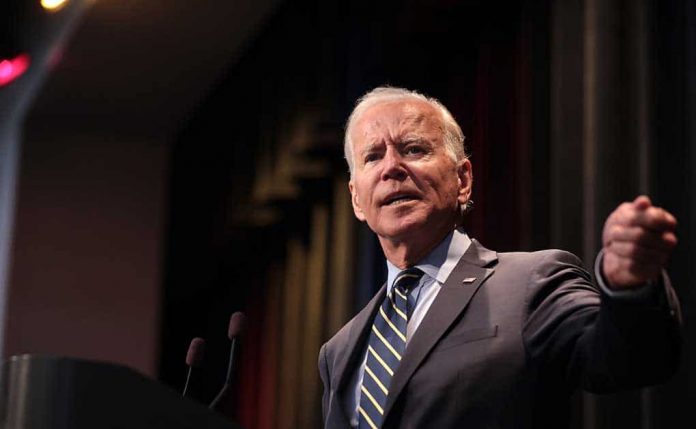 (ConservativeStar.com) – Memorial Day is set aside on the last Monday in May as a way to remember those in the military who died while defending the United States and its citizens. That’s why some, like Fox News personality Sean Hannity, are accusing President Joe Biden and Vice President Kamala Harris of being tone-deaf for their posts on Twitter in the run-up to the weekend.

The VP posted a picture of herself with a face-splitting grin telling her 10+ million followers to “enjoy the long weekend,” to which representative Lauren Boebert (R-CO) replied asking her if she would “care to mention WHY we’re having [one]…” The president took the opportunity to tell people “stay cool this weekend, folks” with a picture of himself eating an ice cream cone and chatting with a teenage girl.

Perhaps that photo helps prove that this administration is actually Obama 2.0, being reminiscent of a 2015 DNC tweet showing the then-president enjoying a scoop in an ice cream parlor. The Democrats backtrack and try to recover once their shallowness is called out, which would be fine, except that it continually reruns like a 1970s sitcom on TV Land.