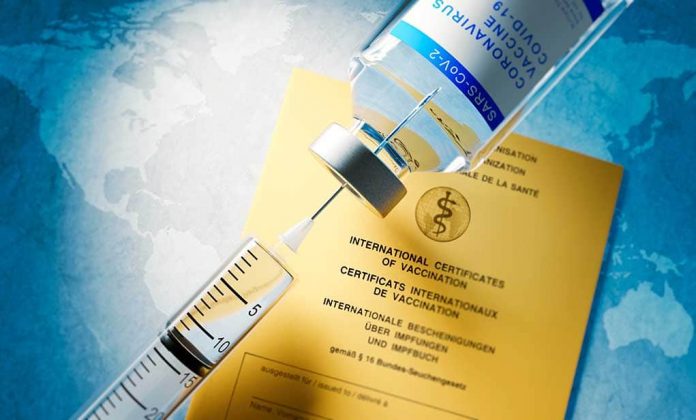 (ConservativeStar.com) – On September 9, President Joe Biden issued orders requiring Americans working in companies with more than 100 employees to get vaccinated or submit to weekly testing. Federal employees do not get the testing option. The mandate is not sitting well with those who believe the government has no business inserting itself into what is clearly — in their opinion — individual freedom of choice, but what about the rest of the world?

Istanbul, Turkey, saw thousands of protesters gather in response to the government requiring proof of vaccination or negative tests for people seeking to use mass transportation, attend concerts or theater performances, and for school employees. Canadians are also protesting those mandates, and they’re being met with contempt and branded as conspiracy theorists.

Vaccine mandate and #COVID19 safety measure protests across Canada are quickly escalating and creating safety and #security challenges for hospitals and other public institutions. Officials are weighing stronger measures to ensure accessibility.https://t.co/fljvO3HTtO

The island nation of Fiji implemented a stern “no jab, no job” measure for public servants in mid-August. It puts those who refuse on unpaid leave. They’ll lose their jobs if they don’t change their minds by November. Indonesia made taking the shots obligatory in February, while those who do not comply face fines up to the equivalent of $357 USD.

Several countries, such as Lebanon, the Netherlands, and Switzerland, have limited entry to public gathering places like restaurants and theaters. The spread of the Delta variant is causing countries to reinstitute restrictions. The Mu variant, which is beginning to spread in the United States, might be more resistant to a body’s immunity, whether through vaccination or previous infection. It could lead to more drastic measures worldwide as well.