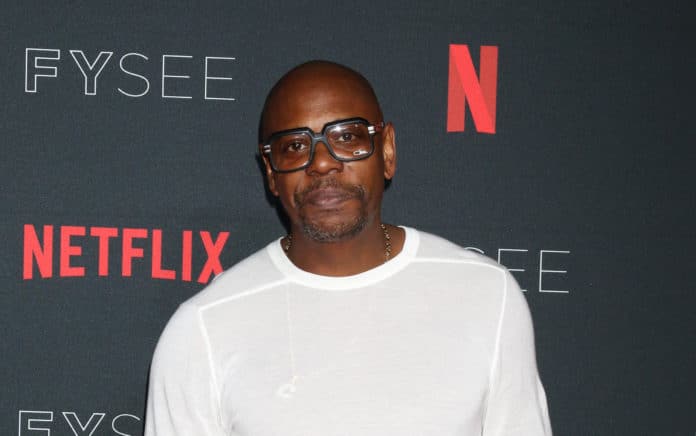 (ConservativeStar.com) – Comedian Dave Chapelle is a graduate of Washington, DC’s Duke Ellington School of the Arts. Over the years, he’s been a generous alumnus, reportedly donating $100,000 in cash and memorabilia, including one of his Emmy award statues. As one of its most famous graduates, the school was prepared to rename its theater after him in a ceremony on November 23. However, several students from the LGBTQ+ community raised some concerns about him, so the school postponed the new dedication until April 22 of next year.

The Duke Ellington School of the Arts, in D.C., will postpone renaming its theater after comedian Dave Chappelle, the school’s most famous graduate, amid concerns from students about his recent Netflix special, the school said in a statement. https://t.co/BepPxSHBav

The situation is a continuation of the backlash from Chapelle’s Netflix special “The Closer,” where he made comments that many interpreted as transphobic. During the special, he defended author JK Rowling’s position that gender is binary and a fact, calling himself “team TERF” (Trans-Exclusionary Radical Feminist).

At first, the school tried to cancel the associated fundraiser in a manner that wouldn’t garner much attention. But when news leaked out, they quickly backtracked and sent out an email that said they “… reject the notion that a ‘cancel culture’ is healthy or constructive…” according to an article in the National Review.

On the evening of Friday, November 12, Chapelle held a show in Indianapolis, Indiana, to promote his new documentary. The few comments he made about the controversy were unapologetic.