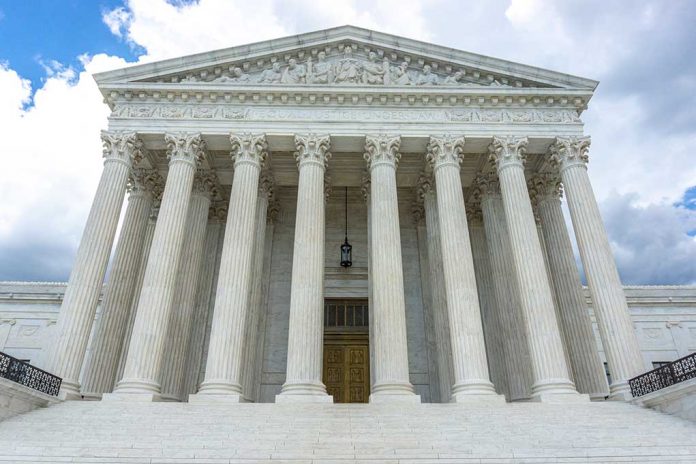 (ConservativeStar.com) – The State of California, citing the COVID-19 pandemic, essentially shuttered places of worship saying they presented too much of a risk of transmitting the virus. Religious groups said it was a violation of their First Amendment rights. Now there is a preliminary decision in one of the cases.

On February 5, the Supreme Court of the United States (SCOTUS) granted a Temporary Restraining Order (TRO) to the South Bay United Pentecostal (and others). The court found the total ban violates the First Amendment right to freedom of religion because they were being treated differently than other places where people congregate.

The court, however, decided the state’s ability to restrict the capacity to 25% of the building allowed maximum and provisions against singing and chanting can remain at this time. But, several justices did express doubt over California’s contention these two activities are of great concern because of water droplets that form in the air.

Justice Neil Gorsuch added his statement to the official order — which Justices Clarence Thomas and Samuel Alito joined — that called out the uneven treatment against houses of worship. He wrote, “… once more, we appear to have a State playing favorites during a pandemic, expending considerable effort to protect lucrative industries…” For now, though, it’s a win for houses of worship and their congregates.