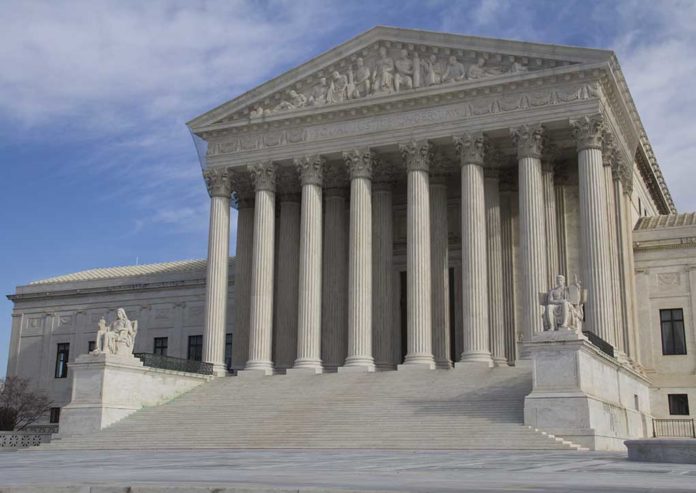 (ConservativeStar.com) – On July 19, 2004, John Henry Ramirez robbed and stabbed a man 29 times in Corpus Christi, Texas, killing him. He then fled to Mexico to avoid capture for approximately three and a half years. After he was convicted and sentenced to death for his crime, he met two members of a Baptist Church working in a prison outreach ministry who introduced him to Pastor Dana Moore, who became a spiritual mentor to Ramirez.

That’s where this story takes a few legal twists and turns that could determine whether inmates have the right to religious council. Now the Supreme Court is involved.

In the Death Chamber

Over the past few years, the Texas Department of Criminal Justice (TDCJ) has changed its rules regarding who may be in the room with the inmate while the death penalty is carried out. In 2019, the Supreme Court (SCOTUS) found TDCJ’s policy unconstitutional because it allowed Christian and Muslim religious advisors, but excluded one of the Buddhist faith.

In that case, Murphy v. Collier, the state focused on a concurring opinion written by Justice Brett Kavanaugh that presented two solutions the state could potentially adopt to overcome the Constitutional hurdles. One, they could allow all inmates to have a spiritual advisor in the chamber regardless of religious affiliation, or two, they could exclude them all — which is what Texas decided to do.

On April 21, 2021, the TDCJ revised its policies again after several procedural complaints (called §1983 complaints) were filed saying that refusing any advisor violated both a Texas law and the First Amendment to the Constitution, noting a recent SCOTUS decision from Alabama. They instead developed a system for vetting a person as a legitimate spiritual leader who would then be permitted access with the condemned inmate.

When the state scheduled his execution for September 8, Mr. Ramirez asked that Pastor Moore be allowed to “lay hands” upon him and speak prayers over him as he transitioned from life to death. When the TDCJ denied this request, his attorneys again filed suit in federal court asking for a stay of execution until this matter could be litigated, but both the district (trial) and circuit (appeals) courts denied his new petition.

To the Supreme Court

Ramirez’s lawyer then filed an emergency appeal with Supreme Court Justice Samuel Alito, who handles these appeals from the Fifth Circuit when the court is in recess. Ramirez’s lawyer asked him to put a hold on the execution until the court could decide the merits of the case. Alito granted the motion, and the Supreme Court issued a writ of certiorari — meaning they agreed to hear the matter — and held oral arguments on November 9.

The high court listened to 90 minutes of testimony from Ramirez’s attorney and the state of Texas. According to reports, the justices seemed to struggle with whether the inmate’s constitutional rights were being denied. Specifically, the justices worried whether a ruling over whether the pastor could touch the inmate’s foot during his execution would lead to a flood of lawsuits from people who want other body parts touched.

Justice Alito wondered if the court would have to go through the “entire human anatomy.”

It’s unclear when the court will hand down its ruling. Generally, they issue decisions in the spring and early summer. No matter which way the court rules, it’ll have a lasting impact on how the death penalty is carried out across the country.