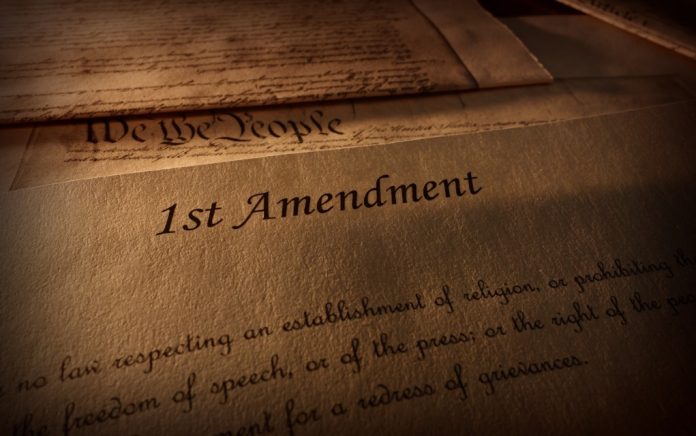 The top article listed in the Bill of Rights and appended to the US Constitution is, arguably, first among equals. In it, the founders enshrined the peoples’ rights to free speech, freedom of assembly and the right to freely exercise their religion.

There are limits, of course, as with anything. A religion based on human sacrifice would not be allowed, nor would a newspaper ad calling for someone’s murder.

Parts of society today, however, don’t need such extremes to launch themselves into a self-righteous, vitriolic and sometimes violent frenzy.

With the advent of social media, a small number of people, particularly if their cause is championed by a celebrity or influencer who has millions of followers, can create a firestorm of controversy. Couple this with the decades-long crusade of the Progressive Liberals to dumb-down American society, which has had quite a bit of success, and it’s a volatile combination.

If some celebrity with tens of millions of followers tweets something, it can quickly go viral. Between the number of people who just re-tweet everything their favorite singer puts out and the ones who believe that everything someone famous says is true, there are suddenly millions upon millions of outraged people — even if they don’t know exactly what they’re angry about.

With an idea of how things can spiral so quickly, it’s easy to see how things can turn ugly with amazing speed. It can come in many shapes and sizes. For example:

Comedian Kevin Hart was set to host the 2019 Oscar Awards show on television. After some of his now ”homophobic” comments that people laughed at just a few years ago resurfaced, Hart was forced to step down.

During a Dallas Cowboys game, Ellen Degeneres was seen sitting next to and having a friendly chat with President George W. Bush and faced a major backlash online. Apparently, an openly-gay woman isn’t allowed to be friends with a man who led this country simply because he is of the “wrong” political party.

Sarah Huckabee Sanders, then the White House Press Secretary, was refused service at a Lexington, Virginia restaurant because she worked for President Trump.

After 8 years of Barack Obama’s rule, the Left certainly seems unable to accept the fact that Hillary Clinton lost her bid to carry those policies forward in 2016. Conservative media outlets have labeled this “Trump Derangement Syndrome.”

Considering that decades-old comments can damage a man’s career, one of their own (a member of the LGBTQ community) can’t pick her friends, and business owners are refusing service to people because of conflicting political beliefs, maybe the term is accurate after all.