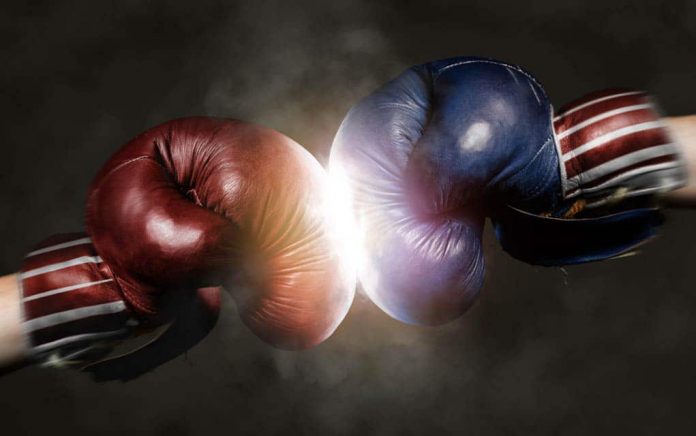 (ConservativeStar.com) – Fall is generally a time of year most people love. Cool air sets in and the trees turn beautiful colors of red, orange, and yellow. Americans tune in to watch football, and people look forward to Halloween, Thanksgiving, and Christmas. Unfortunately, 2020 is not a typical year. Everything feels different — especially when it comes to politics.

It seems this year Americans are more polarized and stressed than ever. COVID-19 wreaked havoc on the US economy, and millions of Americans are out of work as a consequence of governor-induced business shutdowns and quarantines that lasted for nearly three months. Even though much of the country is open, life in many communities has not returned to normal.

Add to that the racial unrest, protests, and destructive riots in Democratic-led cities around America. Some of the Liberal mayors and city councils are openly declaring they plan to defund their local police departments. It’s the perfect storm for a stressful and brutal political season.

Perhaps, one of the most challenging aspects of this year’s election is that some Americans are turning on one another. For the last five years, Democrats, and some in the media, have accused President Trump of being a hater and a racist. On Thursday evening, August 27, the Republican National Convention (RNC) concluded at the White House in Washington, DC. By Friday morning, the double standards, hatred, and racism card were already on display. It’s no longer just the president they’re going after, but also his supporters.

Is Hatred and Racism on the Ballot?

Throughout the RNC last week, Republicans introduced a wide range of Americans who once supported Democrats but jumped ship for the GOP under Donald Trump. Many of them were black Americans. Republicans are attempting to reach and connect with those in the Black community who feel abandoned by Democrats as they pursue the “defund the police” movement, and rioters continue to destroy cities.

On Monday evening, Sen. Tim Scott (R-SC) gave a powerful and moving speech. Afterward, CNN anchor Chris Cuomo told his colleague Don Lemon Scott was “carrying the water” for Trump. Lemon, who is also black, agreed with the racially-charged statement. In the past, some in the media have said the Republican Party uses Scott as their “token” black man.

On December 21, 2018, Trump pardoned Alice Marie Johnson, who was convicted in 1996 on charges of drug conspiracy and money laundering. She spoke prominently at the convention as a black woman advocating for justice reform. On Friday morning, Politico posted a tweet many considered racist. The media outlet claimed Johnson was “propped up.”

This is a disgusting racist headline. https://t.co/KJwE6CMOGJ

Johnson responded that she was no one’s prop. She asked why anyone would question her for speaking at the RNC when former prisoners also spoke at the Democratic National Convention (DNC) the week before.

Finally, there’s the situation with US Sen. Rand Paul (R-KY). After leaving the White House on Thursday evening, he was viciously harassed by rioters outside. A wall of police protected him as he made his way to safety.

Rand Paul just got chased by a crowd back to his hotel, after leaving the White House from Trump’s Republican Party Nomination #DC #DCProtests pic.twitter.com/h1kPcZG1jh

On Friday morning, Paul said he believed the “mob” would have killed him if it weren’t for the police.

As political candidates attack one another to earn your vote, election rhetoric heats up among your family and friends, and Americans cope with the challenging circumstances surrounding COVID-19 — this fall may be setting up as a brutal one for Americans.

Take heart, there’s only a little more than nine weeks until the election, and then it’s over for four more years.