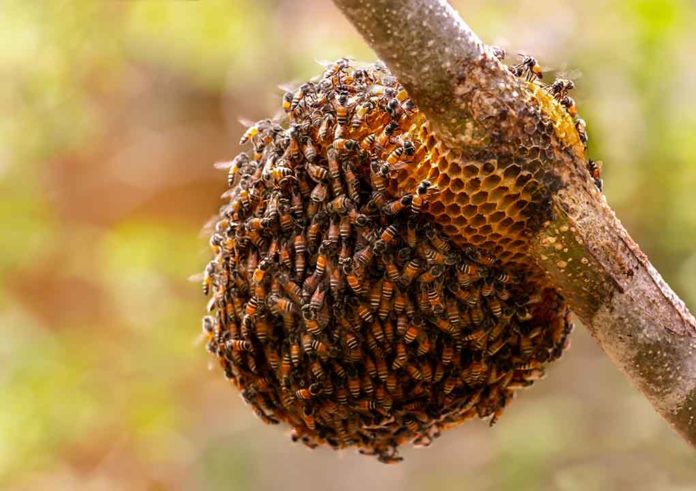 (ConservativeStar.com) – Are you planning on doing any home improvements over the holidays? Be careful – there could be more behind that old tile than you expected. One Florida family found that out when they investigated annoying noises in their shower.

Early this month, a St. Petersburg, FL family got fed up with the buzzing sounds coming from behind their shower, and the occasional bee that emerged from the wall. They called local beekeeper Elisha Bixler and asked her to take a look.

Bixler, who specializes in bee removals, expected to find the insects nesting – but she didn’t expect to find a seven-foot hive stuffed with honey. As she started to break away chunks of the wall behind the shower, she was amazed to find the enormous nest – which was covered with hundreds of bees. The family knew there was a hive but had no idea how big it was.

A TikTok video shows Bixter using a metal clip designed to capture the queen bee. With the queen captured, a beekeeper can take her to a new location and the rest of the bees will follow. Bixter said the colony she found was “incredible” and she planned to take the insects to one of her own hives.

The homeowners will need to have the wall behind their shower rebuilt, but it’s now free of bees – and, if they want to extract it from the empty hive, they have a few years’ supply of honey to keep them sweet.