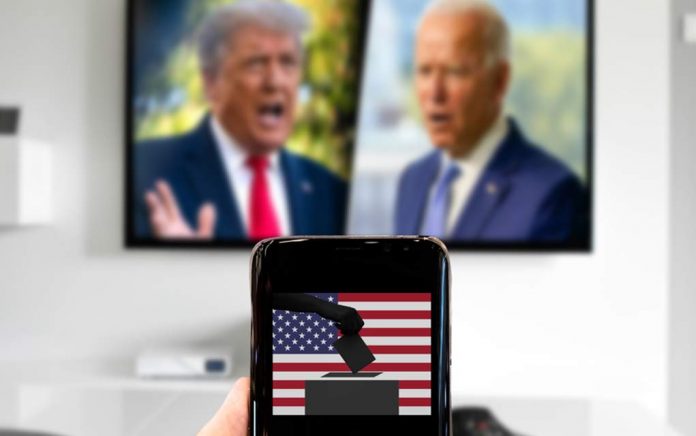 (ConservativeStar.com) – President Donald Trump and Democratic Party nominee Joe Biden faced off in their final debate before the November election on October 22. One of the several of the issues broached by moderator Kristen Welker was a crisis at the US border with Mexico.

In what could be seen as a Left-slanted “question” Welker said, “Mr. President, your administration separated children from their parents at the border…” She seemingly forgot that the policy started with the prior administration in which Biden served as the vice president.

Biden had 8 years as VP to the first black president. He did nothing on immigration. #debates

Biden also accused the president of locking kids in cages. Trump responded with a pointed question that should have shut the former vice president down.

Former First Lady Michelle Obama perpetuated the same myth in her speech at the 2020 Democratic National Convention (DNC) when she said that Americans “watch in horror as children are torn from their families and thrown into cages.” The Associated Press (AP) called her out on it saying that she used “a frequent and distorted point made widely by Democrats.”

President Trump comported himself well throughout the night and pointed out many flaws in the Liberal rhetoric. The same thing the pollsters got wrong in 2016 when he won office may surprise them again because they continually underestimate the intelligence of American voters.