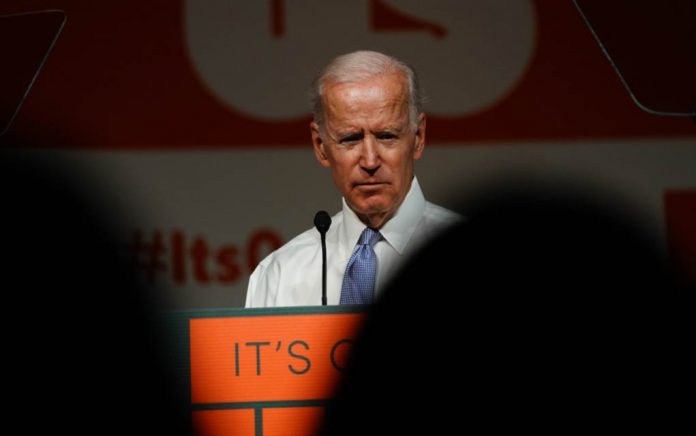 (ConservativeStar.com) – During the DNC, Dems refused to acknowledge that violence, arson, murder, and looting were tearing apart Democratic-led cities across America. Not one word was said at the convention about the destructive behavior or calls for rioters to stop destroying property.

During his acceptance speech on Wednesday evening, August 26, Vice President Pence walloped Biden hard on the issue and immediately put him on defense. On Thursday, the former vice president made an appearance from his basement to finally condemn the acts. However, President Trump, on Friday, said his condemnation was too late.

Biden’s condemnation of riot violence ‘too late,’ Trump says; what the record shows on Dem's responsehttps://t.co/jA57gV3yVE

Considering the time it took the Democratic nominee to respond, Republicans questioned if he was sincere. Trump is making law and order a central theme in his campaign for re-election. On Thursday evening, the president emphasized Biden and Democrats glossed over the issue at their convention. He said they’re only saying something now because of political pressure from Liberal media pundits and Trump’s rise in the polls.

As Americans watch the horrific acts of violence play out night after night on their television screens and mobile devices, the polls are starting to shift. Earlier in the week, Trump’s approval ratings climbed over 50%. Suddenly, mayors began calling for an end to the violence. Even CNN Anchor Don Lemon worried it was starting to help Trump instead of garnering concern about the welfare of those affected by the atrocious acts.