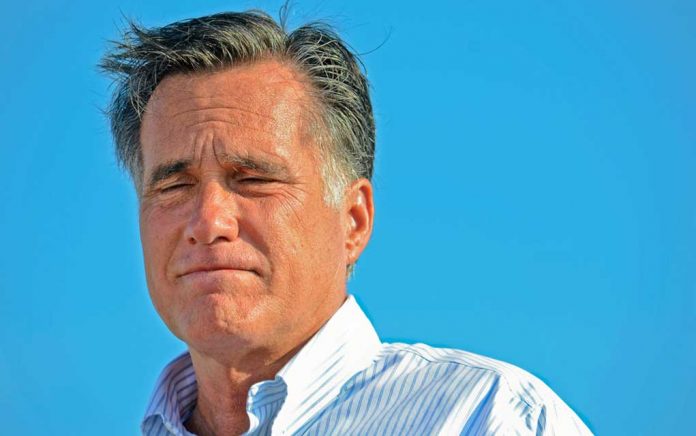 The president and his legal team are attempting to ensure that the just-finished election was conducted in a fair and forthright manner because of alleged irregularities that have cropped up across the country. To do that and they have been taking those accusations to state courts.

Romney has taken to publicly criticizing President Trump and his actions to date, calling them “undemocratic.” The president’s reply was two-pronged:

It’s not the first time that Trump showed opposition to Romney. The senator was the only one from the Right who voted to convict the president in the sham of an impeachment trial. And, during the 2016 Republican primary season, he revealed himself as an anti-Trumper in a fiery speech now proven to be full of incorrect predictions.

However, long before this recent episode, the media took note of his viewpoint being more similar to a moderate Democrat than a true Conservative. During the 2012 election, NPR ran a story titled “Are Obama and Romney the Same Guy?” In 2015 the left-leaning Mother Jones website ran a piece called “Why Liberals Should Embrace Romney the Progressive Champion.”

Whatever may happen in the future, these people who carry an (R) after their names but are standing against President Trump are overlooking one fact: more than 73 million Republican voters had his back.