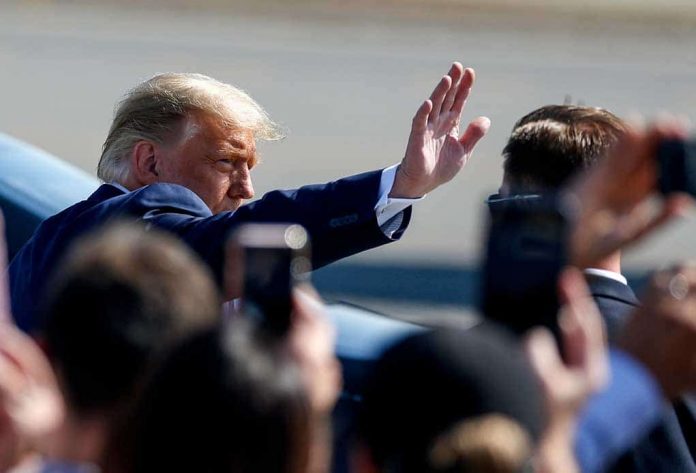 (ConservativeStar.com) – On January 20, Donald Trump ended his first tenure as president of the United States (POTUS) with a final ride on Air Force One from Joint Base Andrews in Maryland to Palm Beach, Florida. As if to remind the world that the 74+ million votes he received were the most ever for an incumbent president, the streets between the airport and the Mar-a-Lago resort were lined with people cheering and holding signs of thanks and support.

As one local reporter noted, the trip was a slow one as the now former-President Trump took the time to wave and flash thumbs-up signs to his supporters. Before making the trip down south, he made his intentions clear that this would only be a farewell and not a goodbye, and the gratitude of the crowd watching his motorcade indicates his message was heard. Trumpism will live on, whether he’s in the White House or not.