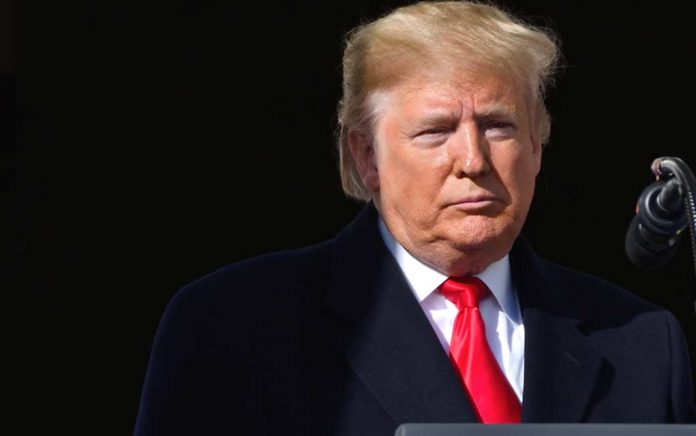 (ConservativeStar.com) – President Donald Trump has assembled several initiatives aimed at making a real difference in Black communities and lives across America called “The Platinum Plan.” It covers economic, medical, and cultural subject matter with an initial concrete monetary commitment on the part of the government, which is something not even President Barack Obama did, as some noted.

President Trump’s plan includes the announcement that Juneteenth will become a national holiday rather than a cultural “trivial” observance like it was before 2020. It commemorates the anniversary of June 19, 1865, as the end of slavery in the United States when, two years after the Emancipation Proclamation, Union soldiers brought the news to Texas.

It will also see the Ku Klux Klan (KKK) finally prosecuted under federal law for exactly what they are: a group that uses terrorist tactics to persecute Black Americans. Another first in the history of the country is the recognition of lynching as a hate crime.

The empty promises that have been fed to the community over the past 70 years and more all lacked at least one thing, money. Instead of just making sweeping pronouncements about the need for Black-owned businesses and employment opportunities, with this plan there will be proposed access to almost $500 billion of capital.

In addition to the big-picture focus on economic equality, the president recognizes the crucial supporting role of education at all levels — including collegiate and trade-schools — to help individuals train for jobs that will be created and to make the most of new opportunities. Sometimes, that may include assistance in correcting erroneous arrest data to allow individuals greater access to industry and government programs, as well.

Getting and staying healthy can be cost-prohibitive to economically disadvantaged groups as evidenced by the disproportionate number of deaths from underlying conditions among Blacks during the coronavirus pandemic. The Platinum Plan envisions increased access to the Health Resources and Services Administration (HRSA) so that people don’t avoid taking care of themselves during pregnancy or when fighting HIV/AIDS because it is so massively expensive.

The plan also commits to a greater study into the causes of and cures for conditions such as:

To promote greater physical access to healthcare facilities, the plan looks to forge alliances with the private sector to build hospitals and health centers in low-income areas.

The year 2020 has brought renewed scrutiny upon the way law enforcement and the courts interact with the Black community. To that end, President Trump wants a proper investigation and true reform while still keeping the streets safe.

One aspect of the plan deals with drug addicts who are jailed in response to committing crimes to feed their addictions. Many of these people might never turn to crime if not for their desperation to ease their suffering. A greater focus will be placed on drug rehabilitation in the president’s proposal.

No magic wand exists to instantaneously turn the system around and make it what it is supposed to be. It took centuries for our country to get to this point, and it will take a concerted effort to bring about the equality that all the citizens deserve. Finally, someone in leadership has laid the first bricks on the road to that place.