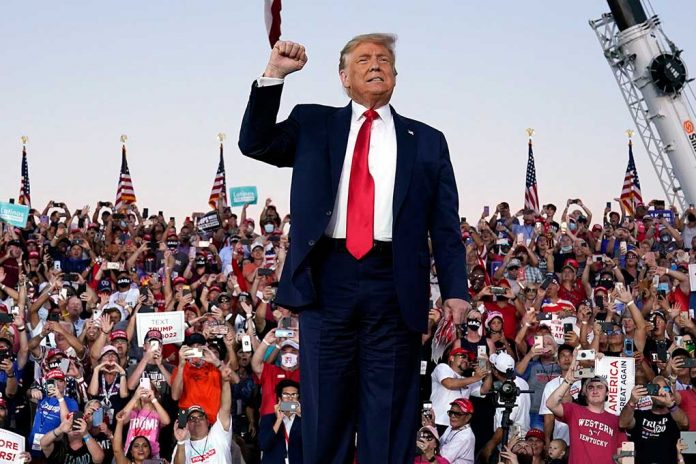 (ConservativeStar.com) – Former President Donald Trump, after taking a short time away from the political arena, has now returned in full force. He’s engaged in some big-game hunting, seeking to unseat the RINOs who did their best to undermine his presidency.

So far, Trump has endorsed Sarah Huckabee Sanders for governor of Arkansas. He has also thrown his weight behind Jerry Moran of Kansas, Tim Scott of South Carolina and several others.

We are all focused on winning back the Senate majority in 2022 and saving our country from the radical policies of today’s Democrat Party. pic.twitter.com/PUclZWXsCx

That vote of confidence from Trump carried a lot of weight with voters in the 2020 election cycle. The Ballotpedia website shows 91% of the candidates he backed in battleground primaries won. With that kind of (well-deserved) loyalty, the never-Trumper crowd might do best to reconsider their position.