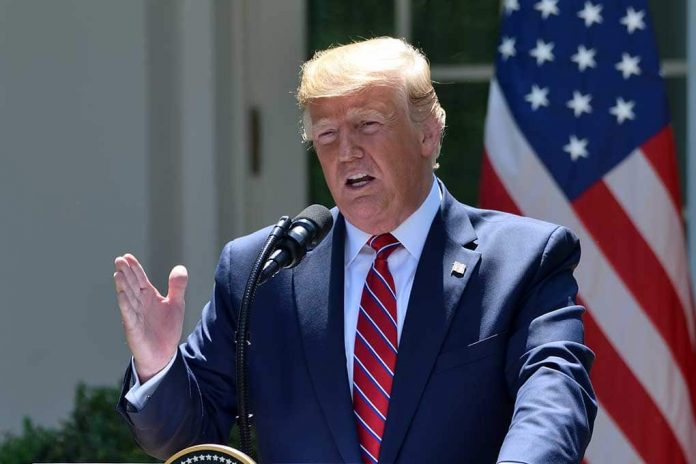 (ConservativeStar.com) – On May 25, former President Donald Trump appeared on Newsmax TV and spoke about two topics of importance going on in the state of Arizona. The first was about the debacle that the administration of President Joe Biden has let fester at the Mexican border. The second involves the recount of 2020 election ballots cast in Maricopa County, Arizona.

"They're going to destroy this country."

Donald Trump comments on the criminals, traffickers and 'the worst people in the world' who are hurting the nation thanks to Biden's border crisis. @CortesSteve https://t.co/VlT7z8drtO pic.twitter.com/ax8TQKJlbP

When host Steve Cortez inquired about the audit that was initiated by Republicans in the state Senate, the former president first made it very clear that he’s not involved with it. But he offered the opinion that “it looks like they’re finding tremendous fraud.” It appears he’s not alone in this notion. Former Missouri Governor Eric Greitens (R) wrote an op-ed expressing his feeling that what happened in Arizona was “disgusting” while also hoping “no levels of meaningful fraud [will be found].”

The mainstream media is adamant that the narrative former President Trump spread about misconduct during the election is nothing but a delusion, and to date, no problems have been found that would bring the official results into question. However, in America, people have the right to investigate these matters and, hopefully, eventually get to the truth.