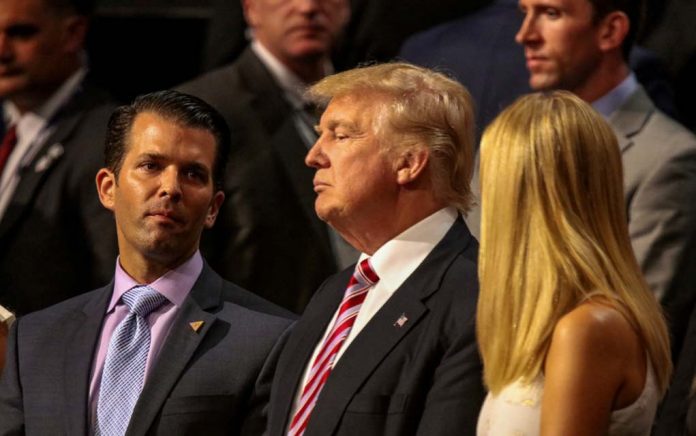 (ConservativeStar.com) – President Donald Trump and his administration have long complained that tech giants like Facebook, Google, and Twitter have been working together to squelch Conservative voices. Progressives and their media shills tend to scream “CONSPIRACY THEORY” or “DEBUNKED” every time a legitimate claim arises.

Twitter has been throttling my reach and I’m getting 1/3 the amount of RTs I would normally get. Instagram is doing the same & worse for the last few days.

I guess they don’t want the truth about the Biden crime family out there and they will cover for them at all costs.

The younger Trump is not alone in his experiences sharing his time in social media “prison” with Conservative activist Charlie Kirk. Both men have had their voices squelched by companies that are abusing a special exemption given to them, which was intended to guarantee open discourse.

They are protected by Section 230 of the Communications Decency Act under the proviso that they don’t create the content. However, as President Trump and Senator Ted Cruz (R-TX) have noted, when these companies start choosing which posts get seen — or editorialize on them — they should no longer be sheltered.

What started as a way for friends to keep in touch with one another has turned into something much more sinister. They have become pseudo-news providers slanting their coverage towards the Liberal Left to be seen by their hundreds of millions of subscribers.