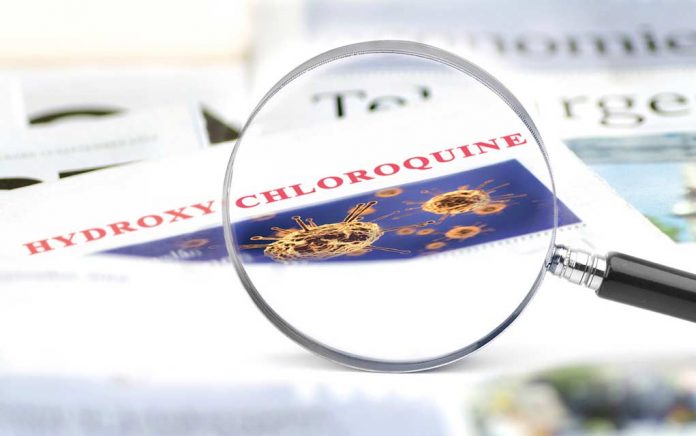 (ConservativeStar.com) – President Trump is constantly on trial for his treatment of the media. Some say he’s too harsh, others are baffled that he’s so outspoken with his designation of who is and isn’t “fake media.” But no briefing from the president stunned the press and the nation quite like the bombshell he dropped on Monday.

As the press quietly listened to President Trump tout the effectiveness of hydroxychloroquine (HCQ), he shared enough information to make them start wondering who exactly was taking it. The president offered up that frontline workers were taking the controversial drug, and that was enough to work their imaginations. But then he dropped the big one.

“I happen to be taking it.”

All of a sudden, the room was filled with murmurs as one reporter seemed to ask in disbelief if the president was saying he was taking the drug. Trump admitted he was, then went on to repeat how effective HCQ is, and to reassure them he was taking it under medical supervision.

Generally speaking, the last person a nation wants trying out a seemingly controversial drug is its leader. Yet, he says he IS taking it, and last week it was announced that several people who had been with his inner circle had tested positive for the virus. Many waited to hear that the president himself would test positive. Is it possible the president isn’t sick even after potentially being exposed, because he is taking hydroxychloroquine?

The president has often been called out and even laughed at for pushing HCQ as one treatment for the COVID-19 virus — specially since the National Institutes of Health (NIH) recommended against its use. Then NPR ran an article that pitted the NIH and President Trump against one another. The VA even conducted a study with questionable procedures; it seemed directly aimed at saying the drug was ineffective. The retrospective study relied on the cases of 368 veterans in a median age group of 68-70, 64% of whom were African-American and 67% of whom were diabetic.

That means everyone in the group was in a high-risk category for COVID-19 being fatal, as well as for HCQ causing serious side effects. In fact, the side effects of the drug were not even noted in the study.

President Trump has been speaking of using HCQ as a treatment since March 19. And while he encouraged the testing of other drugs and even vaccines, he has never wavered from his opinion of the medication.

At 73 years old, the president himself is in a high-risk category. Yet he never wears a mask, and while some of his key staff members have tested positive for the virus, he seems to lead by example and use HCQ as a prophylactic against the virus. One has to wonder, if it’s good enough for the president, why the pushback, and will the pushback now continue?