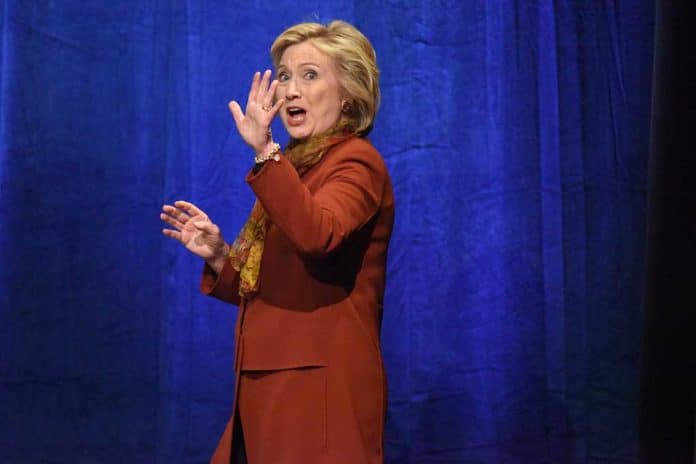 (ConservativeStar.com) – Just before the 2016 general election, former presidential candidate Hillary Clinton claimed her then-competitor turned president, Donald Trump, had a secret server tying him to a Putin-tied Russian bank. Although an investigation by Special Counsel John Durham found there was insufficient evidence to support the claim, Twitter has yet to flag or delete Clinton’s unsubstantiated accusation. Interestingly, this is the same social media platform that silenced Trump for his opinions about the 2020 election. However, the former secretary of state’s account on Twitter is still alive and well.

It's time for Trump to answer serious questions about his ties to Russia. https://t.co/D8oSmyVAR4 pic.twitter.com/07dRyEmPjX

The Russian bank in question, Alfa Bank, initiated a lawsuit to sue the unknown hackers who they believe falsely created the “appearance of a covert communication” between itself and the Trump Organization.

The probe not only found the business did not own or operate the server at the Trump hotel, but the same investigation apparently uncovered evidence showing Clinton’s lawyers were spying on the former president during his campaign. However, the now-indicted attorney, Michael Sussman, allegedly lied to the FBI by telling them he was not working for any client in particular when he gave them the connection tip. Documents later show he allegedly billed the Clinton campaign during that time frame.

Regardless of the open investigation and open indictments to the contrary, it seems Twitter is only interested in silencing politics that don’t align with its own views.