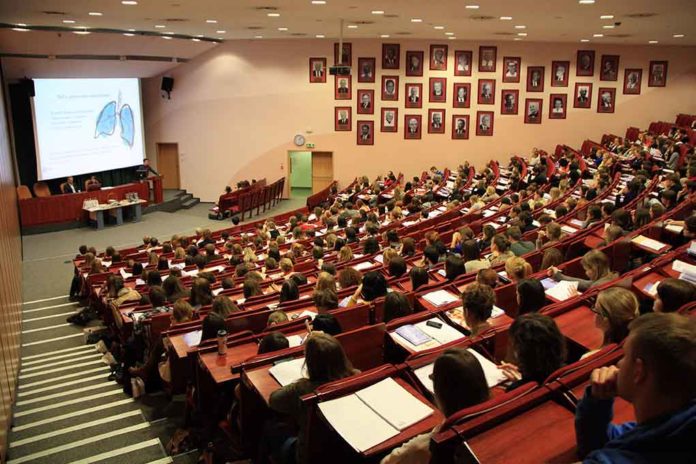 (ConservativeStar.com) – As if college education wasn’t “woke” enough already, it turns out universities are offering professors cash to make it even worse. The real shock is that it’s taxpayers’ money being used to push this destructive agenda.

On January 3, media reported that the University of Memphis, a publicly-funded school in Memphis, TN, is offering academics a $3,000 stipend if they rewrite their courses to promote “diversity, equity, inclusion, and social justice.” To qualify, professors have to submit a 500-word essay and explain how a modified course will “address disparities” in their subject.

In an email to faculty, the University of Memphis says those interested can submit their revised syllabi along with a 500-word essay detailing their "philosophy" on inclusion to possibly receive a $3,000 stipend.https://t.co/iZZNUhMAyX

What has many professors worried is that this move threatens to bring woke politics into apolitical courses like nursing or engineering – subjects where “diversity, equity, inclusion, and social justice” have no place in the course material. One professor, speaking anonymously, said that when the University of Memphis is short of cash and struggling to recruit good staff, wasting money on a left-wing agenda “makes you scratch your head.”

Representative Tim Burchett (R-TN) slammed the school, accusing its leadership of bribing staff to do “useless teaching.” He said students need to be learning, not experiencing political activism. Meanwhile, the professor suggested that Tennessee taxpayers would prefer their money to go on lowering tuition rather than raising political consciousness.