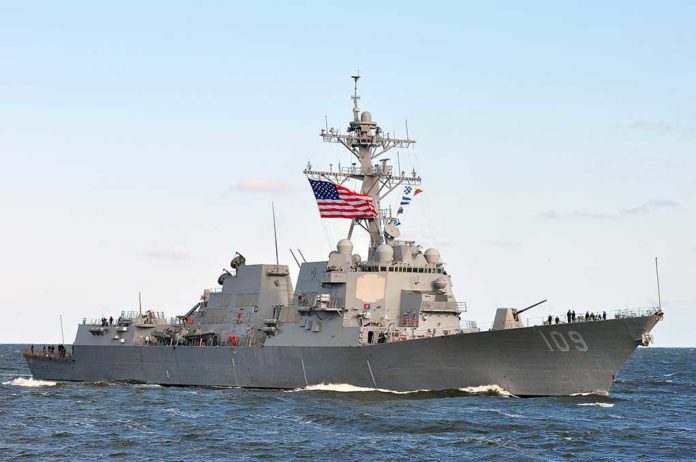 (ConservativeStar.com) – On Monday, January 24, a United States Navy F-35C with Strike Fighter Squadron (VFA) 147 crashed onto the deck of the USS Carl Vinson operating in the South China Sea. Reports indicate the pilot ejected safely but was injured along with six other sailors on the flight deck. The Stealth Fighter, loaded with highly-classified equipment, fell overboard. The Navy has confirmed it’s beginning salvage operations in order to recover the plane before the People’s Republic of China (PRC) can make an attempt.

The @USNavy will salvage an F-35C warplane that had a “landing mishap” in the #SouthChinaSea.

7 sailors were injured after the fighter jet “had a landing mishap on deck while USS Carl Vinson (CVN 70) was conducting routine flight operations.” https://t.co/OSQeA0Kuop

This isn’t the first time in recent months recovery efforts were needed for F-35 aircraft around the world.

In November 2021, a United Kingdom Royal Navy F-35B (short take-off and vertical landing/STOVL variant) crashed into the Mediterranean Sea after the pilot apparently aborted his takeoff from the HMS Queen Elizabeth. Units from both the United States and Italian naval forces assisted in recovery operations before Russian ships in the area could interfere.

In January, a South Korean Air Force F-35 was forced to make a “belly landing” when the wheels wouldn’t deploy, it was later determined that a bird strike caused the plane’s systems to malfunction.

Is this a pattern with this plane or just isolated incidents? So far they don’t appear to be related. According to a Congressional Research Service report last updated on January 14, 2022, the 2019 unit cost for the “C” variant F-35 was approximately $83.1 million. That’s a lot of money to sink into the sea.