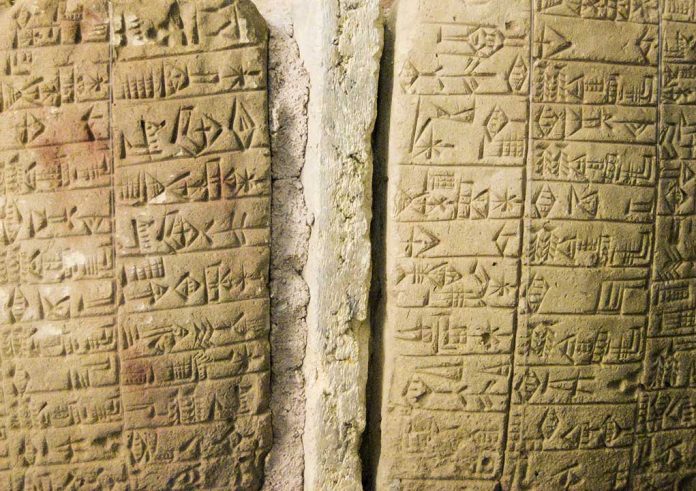 (ConservativeStar.com) – Steve Green is the president of Hobby Lobby, a chain of arts and craft stores, and chairman of the Museum of the Bible. He also just learned the meaning of “buyer beware.” He paid $1.7 million to an auction house for a lot of roughly 5500 ancient artifacts which included a stolen clay tablet with a fragment of the Epic of Gilgamesh, a poem. That priceless, approximately 3500-year-old artifact is now being returned to Iraq.

A stone tablet showing part of a Sumerian poem The Epic of Gilgamesh, one of the world's oldest texts, was looted from Iraq in 1991.

Mr. Green’s expensive schooling started when he bought the piece from a London auctioneer along with a forged letter of authenticity. Regardless of the fact he may have believed the letter certifying its origins, federal law prohibits such items from coming into the country under false pretenses. As a result, the DOJ seized it in 2019.

In 1970, the United Nations Educational, Scientific [sic] and Cultural Organization (UNESCO) instituted the International Convention against Illicit Traffic of Cultural Property to cover these situations which the US ratified. World governments put such a value on this endeavor that even when the end buyer is duped they still bear the responsibility, which is why Green had to pay a $3 million fine as part of the settlement.