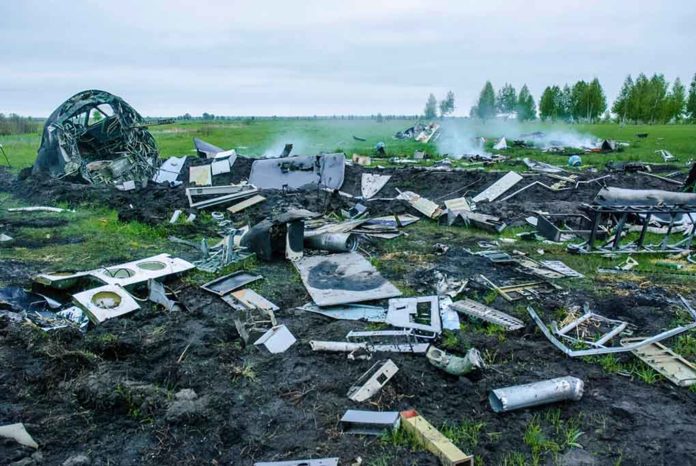 (ConservativeStar.com) – According to the International Air Transport Association (IATA), commercial airliners are the safest form of long-distance travel. However, when crashes do happen, they garner the attention of the world because the loss of life can be so dramatic. Such is the case of Chinese Eastern Airlines flight MU5735.

While heading from Kunming to Guangzhou on Monday, March 21, 2022, flight MU5735 suddenly plummeted from the air in a near-vertical dive with 132 souls on board.

WARNING: the video attached to the following tweet shows the final moments and aftermath of the flight and may be disturbing to some.

Experts who examined the flight data from the tracking site FlightRadar24 say the plane went into a high-speed dive from approximately 29,100 feet, descending at a speed of 348 mph (560 km/h). The data also suggest that the pilots regained momentary control of the Boeing 737-800 because it leveled off at approximately 7,400 feet and gained altitude to approximately 8,600 feet before a second fatal plunge.

China has had a good air travel safety record recently, with the last major incident happening in 2010. The investigation into the current crash is still in its earliest stages and may be hindered by the mountainous location where the plane went down.

On the afternoon of March 23, the Civil Aviation Administration of China (CAAC) announced the recovery of the cockpit voice recorder — one of two “black boxes” onboard commercial airliners — and said the interior where the information is stored appears intact. However, in a situation like this, it can take years to determine a likely cause for the crash.