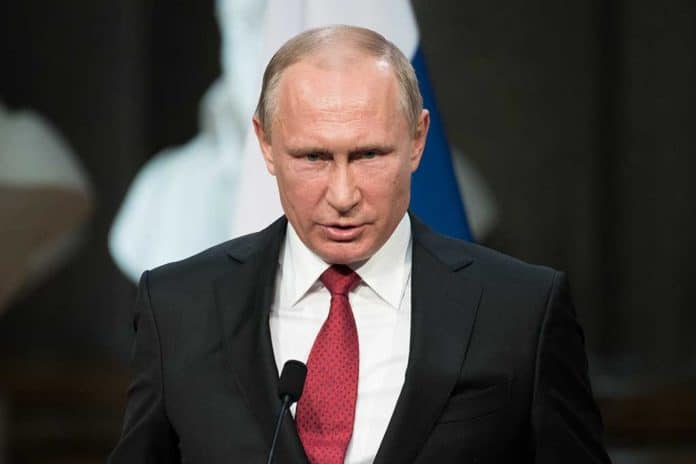 (ConservativeStar.com) – Tension is rising in the Black Sea, as Russia’s leadership tries to intimidate NATO into leaving the region. The latest move is a thinly-veiled threat against the US Navy.

Over the last year, the US Navy and its NATO allies have been running a series of Freedom of Navigation exercises in the Black Sea. The 170,000-square-mile inland sea is strategically important to Russia — the country’s only warm-water port is there — but most of it is international water, and NATO doesn’t want President Vladimir Putin to forget that. In July, tensions spiked when Russian warships and bombers threatened HMS Defender, a British missile destroyer, off the coast of Crimea. Now it’s American sailors in Russia’s sights.

On November 4, state-controlled Russian media reported that the Black Sea Fleet was now tracking USS Mount Whitney, a command ship that had just entered the sea. That follows on from a November 1 warning by Putin, who claimed that Russian units could see the 18,000-ton ship “through binoculars or in the crosshairs of defence [sic] systems.”

Mount Whitney, with over 300 US Navy and civilian personnel on board, is moving up to join other American warships in the Black Sea – but Putin says his forces are already watching her. That sounds like a coded warning; there are no front lines in modern warfare, and the highly sophisticated but almost defenseless command ship would be an easy target for Russian submarines. Putin is turning up the heat; will the Biden administration get out of the kitchen?