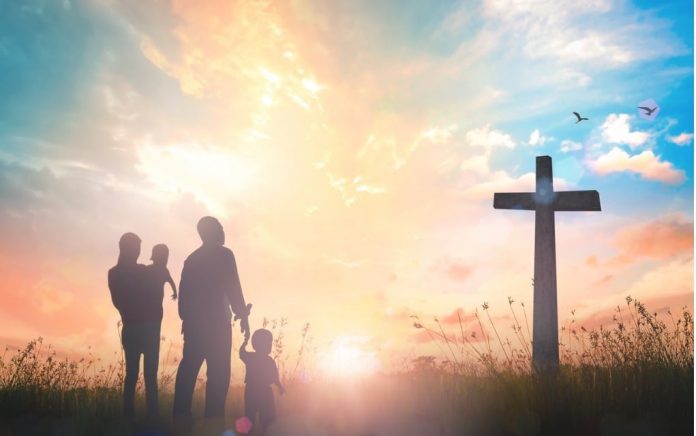 It’s normal for values to change with each new generation, but millennials have taken things to the extreme. They’re now eschewing the values that the generations before them fought to uphold.

Having pride in your birth country was something that, until recently, was never questioned, especially when you’re born into a great country like the United States. Since President Trump has been in office, many in the younger generation decided it was okay to hate your country if the person you voted for didn’t win.

Flag burning is free speech, bashing the US online is a common occurrence and the number of millennials who say they’d be happy to give up their citizenship if Trump wins his reelection is too high to count. It wasn’t always this way — people loved their country even if they didn’t love whoever was leading it.

The Wall Street Journal and NBC News did a survey in 1998, asking people what values were important to them. Patriotism was at the top of that list. A new survey this year asked the same question. For the age bracket that millennials fall into — those between 22 and 37 years old — patriotism was only important to 42% of the people surveyed compared to 70% in 1998 — a shocking difference.

Getting married and having children used to be the cornerstone of a happy life. This is another value that people under the age of 40 no longer see as important.

Back in the 1950s, most women married by the time they were 20 and men by 22. According to the US Census Bureau, the current average age for women is 27 and 29 for men.

Why are young people waiting so long to get married (if they do at all)? It’s more socially acceptable to “play the field” and many people are encouraged to do so by their peers. Once they do find someone they want to settle down with, the next step is no longer marriage, but moving in with each other.

In 2007, there were about 14 million adults in romantic relationships living together in the US. By 2016, this number rose 29%.

Once couples start living together, it’s easy for them to feel like a married couple without the commitment. They wait longer to have children and enjoy playing house with one another. When things get hard, rather than work it out and fight to save the relationship, they break up without worrying about repercussions from their social circle, laws or church.

Not having to worry about repercussions from church brings us to our next major value that’s under attack from the younger generation — religion.

In 1986, only 10% of Americans ages 18 to 29 said they had no religious affiliation. In 2016, that number jumped to 39%. Those numbers reflect a bigger change in values, the belief in God regardless of religion. According to the Pew Research Center, only 50% of millennials say they absolutely believe in God, 17% don’t and the rest fall somewhere in between.

Lack of faith and religion go hand in hand, but what’s causing this major shift in what used to be a core American value?

One of the biggest problems seems to be that the younger generation doesn’t do well with someone telling them what to do or not to do. They think that if it feels good or makes someone happy, then it’s perfectly acceptable. Having a religious institution tell them they should or shouldn’t do something rubs them the wrong way. After all, you can’t serve God and serve yourself at the same time.

Hopefully, as the younger generation ages, they’ll start to mature and realize that America’s traditional values have stood the test of time for one reason: they work. If not, then we could be heading down a dark path — and who knows what’s at the end.