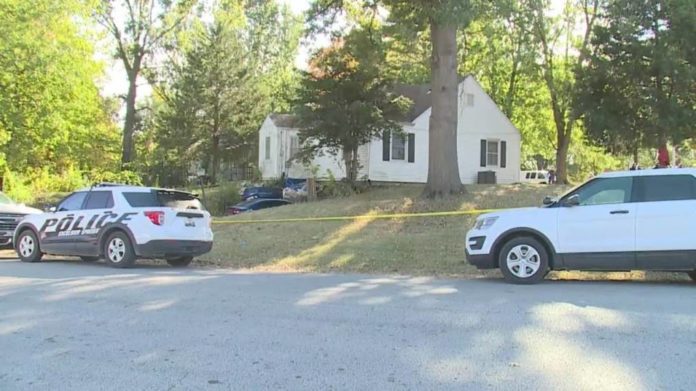 A woman was held captive, raped and assaulted in a Missouri home for weeks until she escaped last week, wearing a metal collar.

Police found a woman wearing a metal collar with a padlock and latex lingerie, with duct tape around her mouth. She said that Timothy Haslett Jr., 39, held her hostage and raped her repeatedly.

The woman told police she had also been whipped by Haslett while being held captive for weeks. Medical crews found injuries on her back that were consistent with her description of the injuries.

The woman escaped last week and started banging on doors and pleading for help, according to neighbors.

An elderly woman answered the door for the victim after hearing her screams outside. The woman explained her desperate situation, so the elderly woman rushed to give her a blanket and food.

The initial search of Haslett’s home is complete, but police are preserving the scene in case they uncover new evidence. The victim told police that there were potentially two other victims.

It’s unclear how long the investigation will continue as police seek additional victims. Local resident Susan White said the discover of the rape victim was ‘shocking’ after living obliviously to her neighbor’s actions.

For additional insight on this disturbing story, please consider the news outlets below.