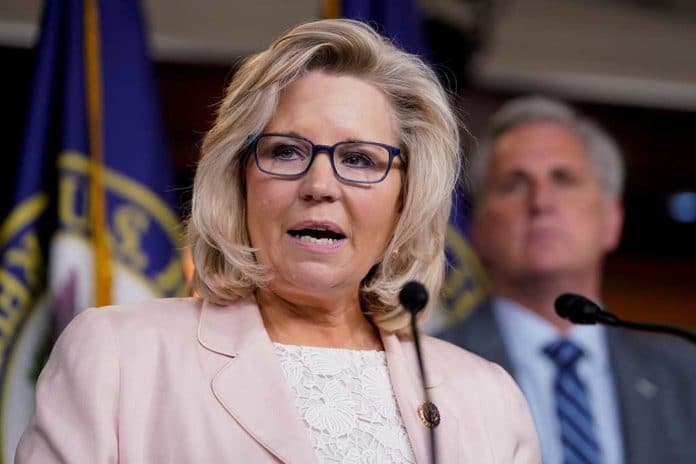 (ConservativeStar.com) – The ground is crumbling under one of former President Donald Trump’s strongest GOP critics. Wyoming’s state Republican Party has voted to withdraw official recognition from Representative Liz Cheney (R-WY) in a move that could end her political career.

In February, the state party voted to censure Cheney after she voted with Democrats to impeach Trump. However, since then she’s continued to criticize him and blame him for the January 6 Capitol incident. Now Republicans in the state have had enough. On November 13, the state party’s central committee voted 31-29 to stop recognizing her as a Republican.

By a vote of 31-29, "the Wyoming Republican Party will no longer recognize Liz Cheney as a member of the GOP." https://t.co/eci9ofnbja

Cheney quickly hit back against the party. A spokesman for her office said on Monday it’s “laughable” to deny that she’s a Republican, and called Trump “a dangerous and irrational man.” That’s unlikely to go down well with Republican voters in the state, most of whom support the former president.

The state party’s vote could mean big trouble for Cheney in next year’s midterm election. Her seat is being contested and there are already four Republican challengers for her job. One of them, Harriet Hageman – who Trump has publicly endorsed – spoke up in support of the non-recognition vote, calling it “fitting.” Hageman said, “Liz Cheney stopped recognizing what Wyomingites care about a long time ago,” and added that when she started attacking Trump, Cheney also turned against “where we are as a state.”

With polls suggesting 77% of Wyoming Republicans will vote for anyone but Cheney, the official message that she’s no longer GOP could be the last nail in her electoral coffin.