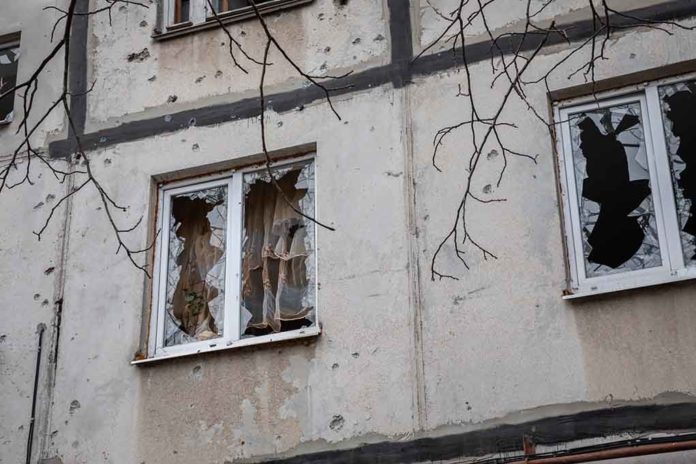 (ConservativeStar.com) – During World War II, Axis units isolated the city of Stalingrad in the Soviet Union (now Volgograd, Russia). They cut them off from resupply and the German Luftwaffe continually rained bombs down upon the men, women, and children trapped there. Russian President Vladimir Putin has apparently taken a page from the Nazi playbook and is in the midst of doing the same to the coastal city of Mariupol, Ukraine, where things for the citizens are allegedly turning dire.

Ukrainian President Volodymyr Zelenskyy has appealed to the world to put more pressure on the Kremlin because there are reportedly about 100,000 people still trapped there, suffering through “inhumane conditions.” He painted a grim picture saying the city is being “reduced to ashes,” amid reports that Russian forces are blocking humanitarian aid from reaching there, including seizing teen drivers and other rescue workers trying to get food and other supplies into the city.

About 100,000 people remain in Mariupol, “under full blockade, without food, without water, without medicine, under constant shelling,” Ukraine's President Volodymyr Zelenskiy says.

On March 23, the United States Secretary of State Antony Blinken released a statement saying the position of the federal government is that the Russian forces have committed actions that qualify as war crimes. He cited the airstrikes in Mariupol, one on a maternity hospital and another on a movie theater being used as a civilian bomb shelter that was marked with the word “children” in the Russian alphabet, as proof according to the New York Post.