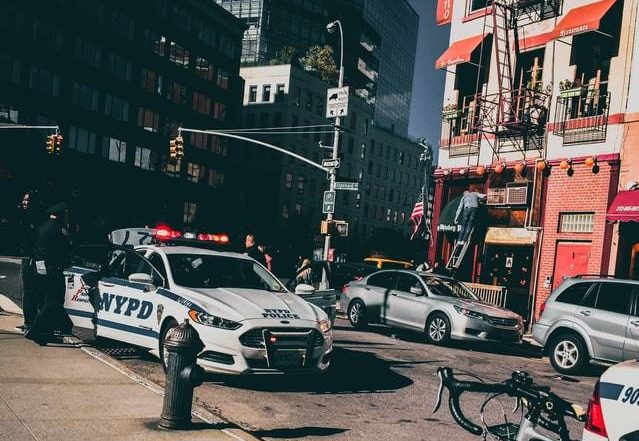 A NYC teacher, Shannon Hall (31) was charged with forcible touching, endangering the welfare of a child and other crimes after he allegedly engaged in aggravated harassment and sexual abuse with two female students.

Hall was arraigned on charges of forcible touching, endangering the welfare of a child, aggravated harassment and sexual abuse. He faces up to one year in jail.

The 31-year-old teacher at a Queens high school is accused of harassing two female students in the matter of a couple days.  He was threatened with death if the 16-year-old showed the texts to anyone.

Sexual Harassment within Education in the United States is a Big Issue but it is not always Adult Male Teachers, it seems to evolve in almost every direction from Male to Female Staff Towards Students and Vice Versa.

It can be perpetrated by both peers and individuals in a position of power relative to the victim.

The American Association of University Women reported that 81% of students had been sexually harassed, and 78% of boys had been harassed.

In late 2006/early 2007 a study revealed that more than 20% of all boys had been harassed by a female student. In 15% of all cases the girl admitted to sexually harassing the boy.

Students who are unprepared to interact with others of the opposite sex may engage in sexual harassment.

Regional studies found different prevalence of sexual harassment by teachers. In a survey of 148 high school graduates in North Carolina in 1989, 43% reported inappropriate comments, looks, or gestures by a teacher, and 17.5% reported sexual touching.

A teacher who harasses a student may be experiencing stress from various personal problems or life traumas. The behavior may stop if the situation changes or the pressures are removed.

While sexual relationships with pupils is illegal in the U.S., higher education professor Jane Gallop argues that students learn more effectively in a sexually charged atmosphere. However, there has been controversy over consensual sexual interactions between students and teachers, especially within the last decade.

Many experts argue that sexual interactions between students and teachers constitute sexual harassment, even when they are consensual.

A dean at the University of Texas at Austin said he’d like to crack down on consensual relationships between professors and students. These relationships “poison the whole academic well” because they betray the students’ trust.

When sexual relations between teachers and students are common, it is difficult for students to raise concerns about sexual harassment.

The trust associated with a professional relationship is destroyed when a teacher engages in sexual relations with a student.

Conflicts of interest can arise when a teacher shows favoritism towards a sexually involved student, or hostility towards a student due to a past relationship.

While Title IX has made sexual harassment something that can’t be ignored, independent schools have created a report to provide guidelines.

Sonoma Academy was represented by the same law firm as University High School and Branson in California that had investigations that found educator sexual misconduct.

16% of female students who have been sexually harassed find it hard to study or pay attention in class.

A national advisory report found that sexual harassment is rampant in academic science. It should be treated as seriously as research misconduct.

A reanalysis of AAUW data found that victims of sexual harassment by teachers reported experiencing adverse health effects, embarrassed, afraid, confused, and less sure of themselves or less confident as a result of the abuse.

In 1999, 14% of complaints to the U.S. Department of Education Office of Civil Rights involved sex discrimination. However, many harassed women fear to make reports because of the possible repercussions.

The Supreme Court decided in 1992 that students who were victims of sexual harassment could seek monetary damages from their school district.

In 1994, a judge ruled that a school district was not liable for sexual harassment, but in 1999 the Supreme Court decided that they must be.

A sixth grade girl was sexually harassed by some of her male peers and sued her school district, teacher, and assistant superintendent for damages.

College students are reluctant to report sexual harassment incidents, and 54% of female students listed this as a reason not to report.

79% of college students know their schools have policies against sexual harassment.

Schools that receive federal funding must designate a coordinator to whom victims can go to report sexual harassment, and who can also receive suggestions for improving the school’s handling of sexual harassment.

Prevention is often used to eliminate sexual harassment before it begins, particularly in schools. Training is provided for faculty and teachers, and students are provided with classroom resources to make them aware of what constitutes sexual harassment.

Blue Angel by Francine Prose is a satire of college English and writing departments, Camille Claudel by true-life inspired film, Wild Things by 1998 movie, The History Man by Malcolm Bradbury, Notes on a Scandal by Zo Heller, Oleanna by David Mamet, Pretty Persuasion by Evan Rachel Wood. A satirical film about sexual harassment in schools and attitudes towards females in media and society, based on Muriel Spark’s The Prime of Miss Jean Brodie, Michelle Pfeiffer’s What Lies Beneath, and Sidney Sheldon’s Nothing Lasts Forever.