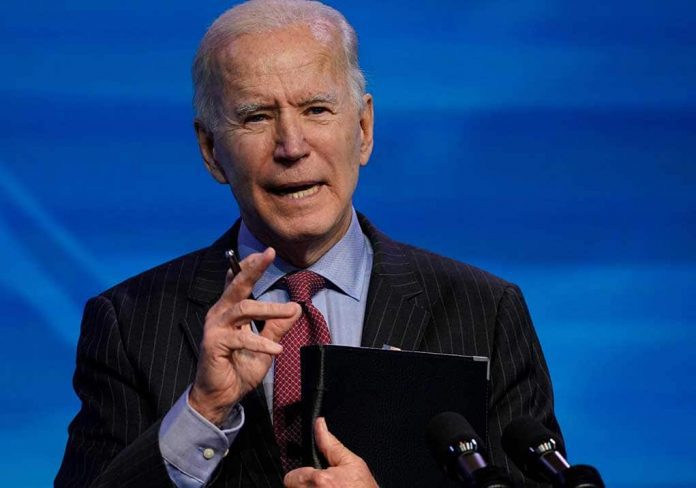 (ConservativeStar.com) – During his election campaign last year, President Biden promised to be all things to all people. More than six months into his administration, there’s a lot of disappointment in the air. The latest groups to lose patience with the struggling president are gun control advocates.

On August 25, a coalition of gun control groups sent Biden an open letter criticizing his lack of action. The letter began by praising Biden for “one of the strongest gun violence prevention platforms in American history.” Still, it quickly turned to point out that he hasn’t actually done very much.

The letter makes three specific demands on the president, but makes clear these steps are “the floor, not the ceiling” for gun control:

Unfortunately for defenders of the Constitution, the activists have a lot more than that on their wish list. They’re pushing for a renewed ban on “assault weapons,” despite the fact that these vaguely defined guns only make up a tiny percentage of shootings. They want gun manufacturers to be made liable for what other people do with their products. They want tougher background checks and longer waiting periods. And, they want Biden to do all this by sidelining the Senate.

What Are the Implications?

Activists want Biden to pressure senators into backing anti-gun legislation that’s already been passed by the House, and they’re also calling for him to end the filibuster. That would allow the Democrats to ram through gun bans, as well as other controversial legislation that they currently don’t have the votes to pass. It would go a long way toward removing our safeguards against a legislative dictatorship.

Their other demands threaten to take some of America’s most popular guns off the market. “Assault weapon” is an anti-gun code for semi-automatic rifles, including the AR15. Activists like to portray those as a serious threat, but the reality is that all long guns account for just 6% of shooting deaths in the US. That category includes shotguns and other rifles, as well as semi-automatics. These activists want Biden to pass high-profile laws that will harm millions of law-abiding gun owners, but have almost no impact on actual crime.

The danger right now is that Biden, under serious pressure over his handling of Afghanistan, may try to win some popularity by giving the gun-grabbers what they want. If he can remove the filibuster and bring moderate Democrat senators into line, a new “assault weapon” ban is a real possibility.