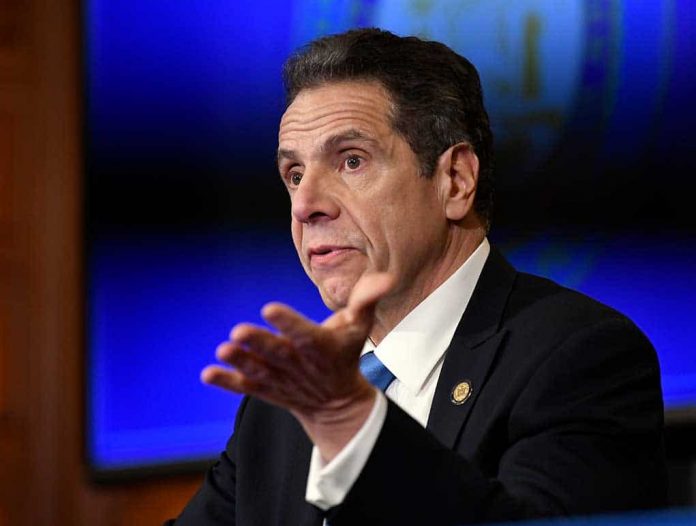 (ConservativeStar.com) – New York’s Democratic Governor Andrew Cuomo is under fire for at least two different scandals that have led to calls for his resignation or his impeachment. It’s now been reported that, in an effort to save his position, he has been contacting members of the state Senate who have been most vocal about it asking them to back down from their public statements.

.@NYGovCuomo Called Lawmakers in Scramble for Support After Resignation Demands@THECITYNYhttps://t.co/ii2ZFngPEe

The first of the accusations is Cuomo’s active role in covering up the numbers of deaths attributed to COVID-19 contracted at nursing homes. The second revolves around six women — the sixth allegation became known to the governor’s office on the evening of March 8 according to an article in the Times Union — who have come forward accusing the governor of inappropriate language and/or touching.

Both the New York Post and Boston radio station WBUR reported on his actions at a 2019 wedding where the new bride, and a witness, described his unwanted advances and her repeated attempts to remove his hands from her. Nothing describes his hypocrisy better than his own words during the confirmation hearings of Supreme Court Justice Brett Kavanaugh who was accused of similar actions and the governor wrote “… all survivors of sexual assault, we believe you and we will fight for you.”