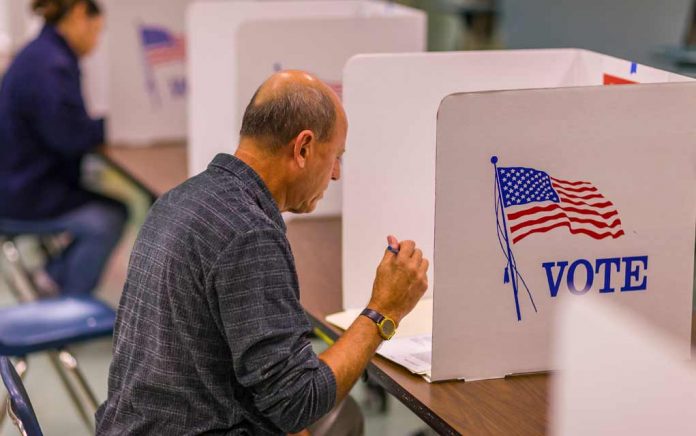 (ConservativeStar.com) – Election day is over, but the battle over its integrity is just beginning. One of the most recent involves, of all things, a sharpie marker.

A lawsuit filed by Laurie Aguilera in Maricopa County, Arizona, claims that the ink from the pen bled through her ballot which caused it to be rejected by the scanning device. She further alleges that the precinct workers refused to allow her to cast a second ballot.

Officials across the country and the company that makes the vote-tallying machines are vehemently denying this will invalidate any ballot. However, another Arizona voter posted an alleged picture of his own ballot and supports Aguilera’s contention.

@realDonaldTrump Mr President, when casting my ballot in Arizona, I was forced to use a sharpie, causing my selections to soak through the page and make a mess of the ballet. When requesting a new ballot, I was told no pic.twitter.com/2WHzySnRFn

Both parties have made it quite clear that they hold the opinion that all votes should be counted, which cannot be highlighted more clearly than the situation in the battle state of Pennsylvania, where at midafternoon on November 6, 2020, returns show 6,608,232 ballots counted with Joe Biden ahead by 13,324 votes (roughly 2/10 of a percent). With the rampant distrust of the system demonstrated this year, the possibility of the election being decided by the courts looms large.