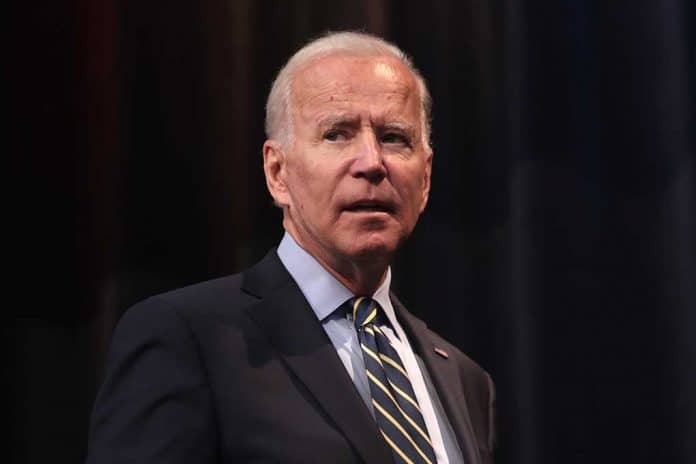 (ConservativeStar.com) – On the evening of Wednesday, September 29, members of Congress were not facing off across the aisles in their respective chambers; they squared off on the baseball diamond at Nationals Park in Washington, DC. While they tried to escape partisan politics for the night, a surprise visit from President Joe Biden brought it crashing back down around them when the predominantly Republican first-base side of the field rained down boos and chants of “Joe sucks.” The pundits at Newsmax said the president should chalk that up to the win column considering the other two-word phrase frequently hurled his way from protesters.

President Biden was booed at Wednesday's Congressional baseball game in Washington D.C., a win for the president since it was not the other popular, more profane chant usually paired with his name, says @CortesSteve. pic.twitter.com/vkqCn7I0Bp

Supporters of the Democrats along the third-base line didn’t suffer in silence, however, with their shouts of “build back better” in apparent support of the Democrat’s $3.5-trillion spending bill currently in limbo on Capitol Hill. Some of the people in attendance brought banners to the game. One from a Team Blue fan urged passage of the partisan reconciliation bill, while one from the Team Red seats declared their hopes for a 2024 run for the White House by former President Donald Trump.

President Biden visited the Donkey dugout at the top of the third inning and the Elephant enclosure in the bottom half of the inning, at which time Representative Greg Steube (R-FL) may have provided an omen to the president about the bill which is facing resistance in the Senate. He caught hold of a pitch and sent it flying over the left-field wall in a Major League baseball park for a home run during his team’s 13-12 victory.