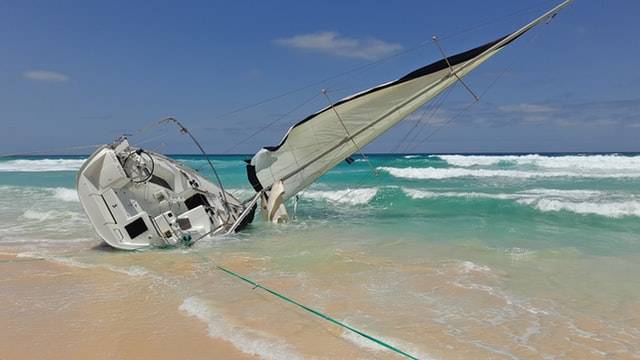 Officials say a makeshift boat overloaded with migrants capsized Thursday, leaving at least 13 people dead. The boat was found near Desecheo Island, near Puerto Rico, and was suspected of taking part in an illegal voyage.

Thirty-one survivors were taken to Crash Boat Beach in Aguadilla, Puerto Rico. Eight Haitians were among the survivors.

The Institute of Forensic Sciences received 13 bodies after the accident, but has not yet identified the deceased. It hopes to extract DNA to identify the dead.

Puerto Rico has a large Dominican population, and illegal sea crossings are common. A woman died last week after a boat capsized in the Mona Passage, and 68 people were rescued after being spotted bailing water from their boat.

The U.S. Coast Guard intercepted 1,527 Haitians, 742 Dominicans, and 838 Cubans making “illegal voyages” in 2021, but that number undercounts the number of people attempting to enter the country.

In Haiti, deepening turmoil has led to a steady uptick in migration. Authorities have reported an influx of vessels carrying upwards of 200 people heading to the United States.

Looking to find more information on this shocking story? Check out these news sources for more updates: