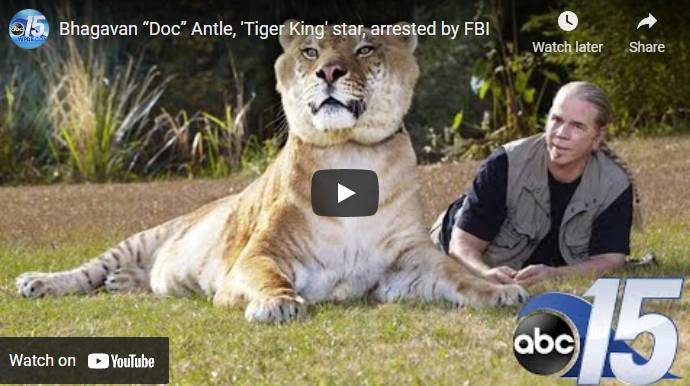 PETA called for an investigation into Antle’s zoo and the nonprofit he heads, Rare Species Fund, after he allegedly used charitable donations to fund the zoo.

PETA (People for the Ethical Treatment of Animals) could not wait to weigh in, releasing the following statement on news of the arrest.

“It’s fitting that “Doc” Antle is behind bars after years of locking up the endangered animals he uses in tawdry photo ops. His legal woes are mounting, as PETA recently blew the whistle on his apparent “charity” scam, and the end to his reign of terrorizing tiger cubs can’t come soon enough.”