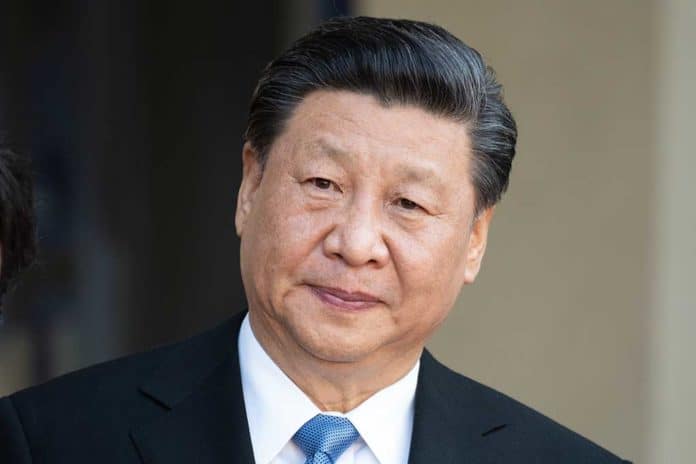 (ConservativeStar.com) – The People’s Republic of China (PRC) considers the South China Sea part of its sovereign territory, and continues to increase its military belligerence in an attempt to hammer that idea home to the world. Its latest venture into naval warfare lies about 3,000 miles inland from its eastern shore in the Taklamakan Desert of the Xinjiang region.

China reportedly built mockups of a US Navy aircraft carrier and two Arleigh Burke-class destroyers. The Chinese military appears to be using the fake warships as targets to train its missile crews.

The communist regime’s drive for global domination has not escaped the attention of America’s military, as can be seen in the Department of Defense’s (DoD) 2021 report to Congress about the country. The document warns that a major part of China’s intent is to “revise the international order to be more advantageous to Beijing’s authoritarian system….”

Another indicator of China’s rapid buildup of technology with military applications is the alleged recent launch of a hypersonic missile capable of carrying a nuclear warhead. Chairman of the Joint Chiefs of Staff General Mark Milley, likened this test to the 1957 launch of Sputnik by the Soviet Union, the incident that heightened tensions in the Cold War.

The DoD report includes warnings that China is rapidly expanding its nuclear capabilities, to the point that it even exceeded “the pace and size the DoD projected in 2020.”

Beijing also seems to be making it more difficult for intelligence agencies to assess their military capability because things like hypersonic missiles and chemical warfare agents have “dual-use applications” meaning they could also be used for peaceful purposes.

Hopefully, someone in Washington is listening to the military advisors.