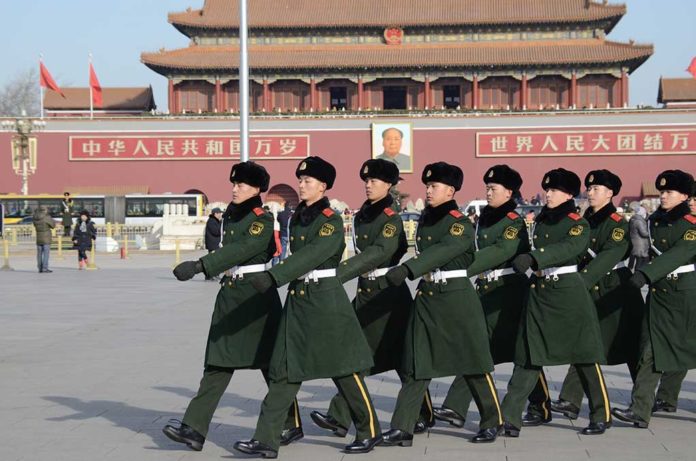 (ConservativeStar.com) – China has deliberately ramped up international tension, declaring it isn’t scared of the US. It would be a reasonable answer – but nobody asked the question, so why did China feel the need to throw it out there?

On December 21, the Chinese regime released a transcript of a speech given by the country’s Foreign Minister Wang Yi. In the talk, which was given at a Chinese foreign affairs conference, Wang blamed the US for difficult relations between the two powers – just like he did last year – and insisted any difficulties are “rooted in the US’s strategic misjudgment of China.” He then said, “China does not fear confrontation and will fight to the end.”

Wang went on to say China welcomes cooperation with the US as long as it’s mutually beneficial, then launched a condemnation of Taiwan. “China must be united,” he said, in an open threat to the island nation’s independence.

The current reason for rising tension is a law passed by Congress last week, which restricts imports from China’s Xinjiang Province unless the importer can prove Uyghur labor camp inmates didn’t manufacture them. China is enraged at the move to ban slave labor and has threatened to retaliate. Combined with Wang’s latest speech, it’s a worrying trend.