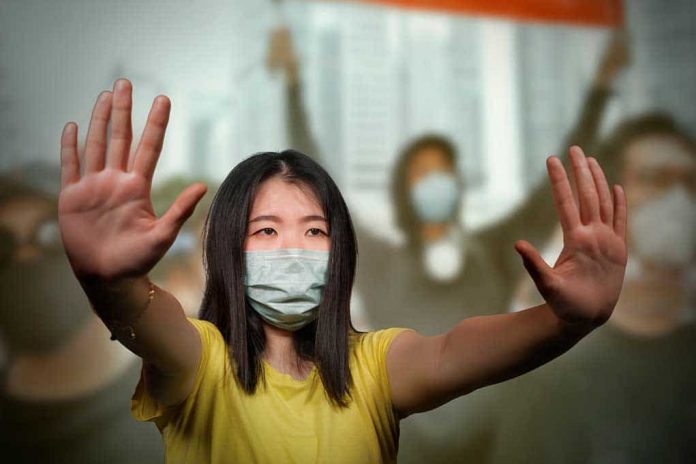 (ConservativeStar.com) – Since the beginning of the coronavirus pandemic, China has been telling the world to take their questions about its origins and… {ahem}… put them where the sun don’t shine, and now they’re following up on that — literally. The Communist regime is requiring most people who are entering the country — including diplomats from the United States — to subject themselves to having a stranger insert a swab approximately 2 inches into their anus.

This has caused some international diplomatic issues such as the Japanese government formally asked Beijing to stop this process on their citizens because they received reports that it was causing “psychological pain.” Additionally, visitors from South Korea protested to their embassy after being told that even women and children would have to strip naked for this humiliating procedure, and the Chinese graciously granted them permission to demean themselves by only providing fecal samples.

The official state media outlet Global Times quoted Li Tongzeng, an infectious disease doctor at Beijing You’an Hospital, as claiming the tests are more accurate than nasal swabs. However, the World Health Organization (WHO) has contradicted them and says nasal swabs are preferred.