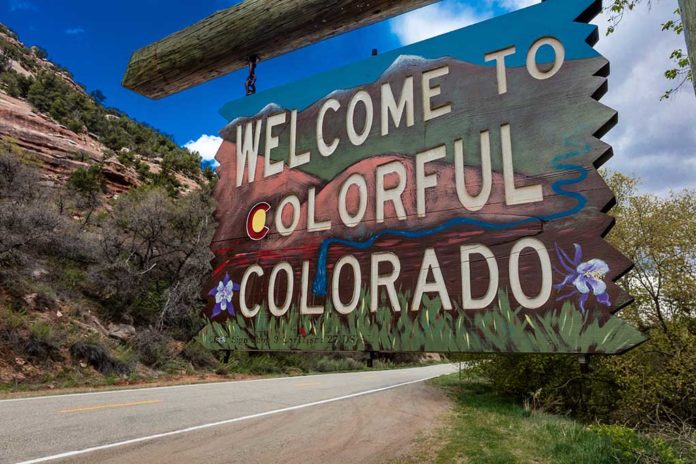 (ConservativeStar.com) – Just as the world was coming to grips with the reality of the Delta variant of COVID-19, a researcher in South Africa alerted the World Health Organization (WHO) to a highly-mutated variant they designated Omicron near the end of November.

Less than a month later, it has worked its way around the world, and there are some scary aspects of the new variant, like how quickly it spreads and its apparent ability to get around both natural immunity and vaccines. Also, Reuters is reporting that researchers with Imperial College London found there are “at most limited changes in severity compared with Delta.”

Democrats in America quickly began spreading fear about the virus. Now one governor is telling President Joe Biden to stop it.

All the news about the new variant can easily instill angst, if not outright fear, in many people, and that feeling of dread can become a serious issue if there isn’t something to counteract it. President Joe Biden doesn’t seem to understand that point if his comment during remarks to the press is any indication. The POTUS said, “we are looking at a winter of severe illness and death for the unvaccinated.”

Colorado Governor Jared Polis (D) had a message for the president, start leading the fight against the coronavirus with facts and stop fear-mongering. He noted that after two years of this pandemic, people are fairly stressed out and aren’t “[reacting] well to this ongoing environment of fear.”

Polis recently made headlines when he took public health officials to task for mandating what they think people should wear, i.e., face masks. He likened it to forcing people to wear a jacket in the cold weather to avoid frostbite and added if they suffered that fate, “it’s their own darn fault.”

Putting actions to words, Polis removed the state from the equation concerning mandating the coverings, indicating that it’s a decision best left in the hands of individual counties or cities. From his point of view, it would be better for the government to spend its time and resources educating people on the benefits of getting vaccinated.

The Colorado governor also believes President Biden, the press, and everyone else should stop calling a third vaccine shot a “booster.” In his opinion, it should be called just where it has turned out to be, a series of three necessary injections for immunization.

With both Delta and Omicron infecting people, many hospitals are once again seeing a strain on resources like ICU beds. An example of the pressure they’re feeling can be seen in a coalition of Northeast Ohio hospital systems. The group took out a front-page ad in the Cleveland Plain Dealer to plead their case. And if all this isn’t enough, scientists speaking at the science and technology committee of the United Kingdom’s Parliament said the two strains can merge to create a third “super variant.”

However, people are just going to stop listening if the president of the US is more concerned about chastising Americans and forcing them to do things, rather than lead.