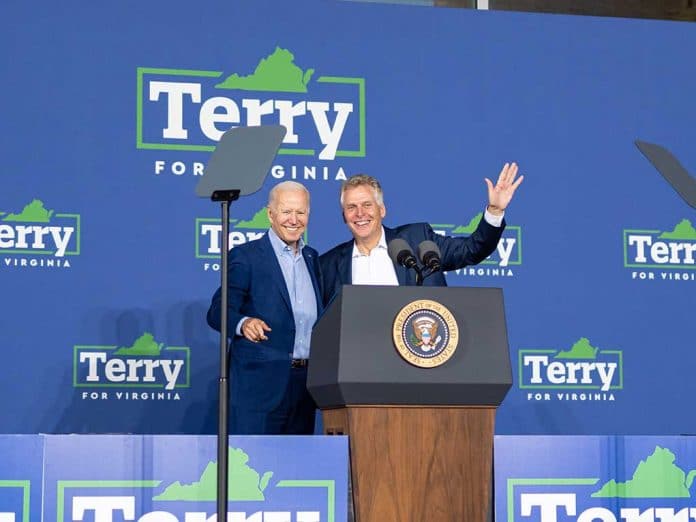 (ConservativeStar.com) – The Lincoln Project claims it was founded for two primary reasons, both revolving around former President Donald Trump. First, it was to thwart his reelection in 2020, and second, to “ensure Trumpism failed alongside him.” On October 29, a group of five people from the group stood outside the campaign bus of Glenn Youngkin, the Republican candidate in Virginia’s gubernatorial race, and pretended to be representative of a white supremacist group to paint him as a racist.

Longtime Democratic activist/strategist James Carville appeared on CNN to voice his support for the inflammatory act that’s been roundly criticized by journalists and Republican lawmakers for being, simply put, a lie. He touted his agreement with comments made by a Lincoln Project member that the hoax was merely playing political “hardball” because Youngkin has not denounced President Trump or his policies.

“It was to illustrate a point that Youngkin has not denounced Trump saying there were ‘fine people on both sides’ in Charlottesville.” — Democratic Strategist @JamesCarville pic.twitter.com/tVRTjkNJIU

The Lincoln Project tries to portray itself and its members as anti-Trump Republicans, but their profile on opensecrets.org seems to put the lie to that theory and describes the Super PAC as having a “Liberal” viewpoint. Of the almost $50 million the group spent during the 2020 election cycle, just under 90% went to oppose Republicans. A bit more than 10% went into the coffers of Democrats, including around $2.25 million to President Joe Biden.

Although no direct correlation has been proven, it’s worth noting that it was right around the date of their stunt that Youngkin started pulling ahead of his Democratic opponent, Terry McAuliffe, in the average of the polls tracked by RealClear Politics. According to its numbers, as of October 31, voters favor the Republican 48.5% to 46.8%. Also, per a Fox News poll taken October 24-27 independent “likely voters” who prefer Youngkin 56% to 34%.

Voters head to the polls on November 2. Will the Lincoln Project’s scheme hurt Youngkin?