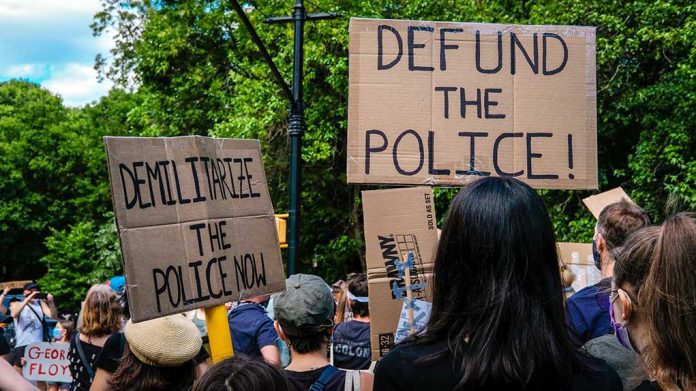 (ConservativeStar.com) – Democrat-heavy city councils around the country like those in Minneapolis, Minnesota, and Seattle, Washington, went all-in on the “Defund the Police” movement. They joined the chorus of voices vilifying law enforcement agencies over the last half of 2020 and the result was what anybody with any common sense expected. The men and women who literally put their lives on the line to protect ungrateful citizens left in droves, and staffing shortages have led to a spike in crime.

Seattle Mayor Jenny Durkan (D) tried to rein in the madness by vetoing the city council’s budget proposal that looked to slash the Seattle Police Department (SPD), which the body eventually overrode. She also went toe-to-toe with a prominent council member whose political party was advocating a 50% cut in funding.

In response to six different shootings that killed four people and injured seven over the weekend of July 24-25, Mayor Durkan held a press conference addressing the problem. She chastised the council for apparently forgetting that they have “an obligation to still continue constitutional policing and respond to 911 calls.” She now proposes adding more officers, saying the city needs community-based programs AND additional police.

Mayor Durkan and Chief Diaz say SPD is facing staffing shortages with 250 officers who have left the department.

Police chief Adrian Diaz joined in and addressed a Captain Obvious issue that apparently slipped by the council members wanting to cut the budget in half. He made the point that “workers, even police officers, need working conditions that support them.”

Statistics show that shootings across King County are 33% higher in 2021 than in the corresponding periods of 2017 through 2020. Even the most left of the leftists should be able to see the correlation… shouldn’t they?